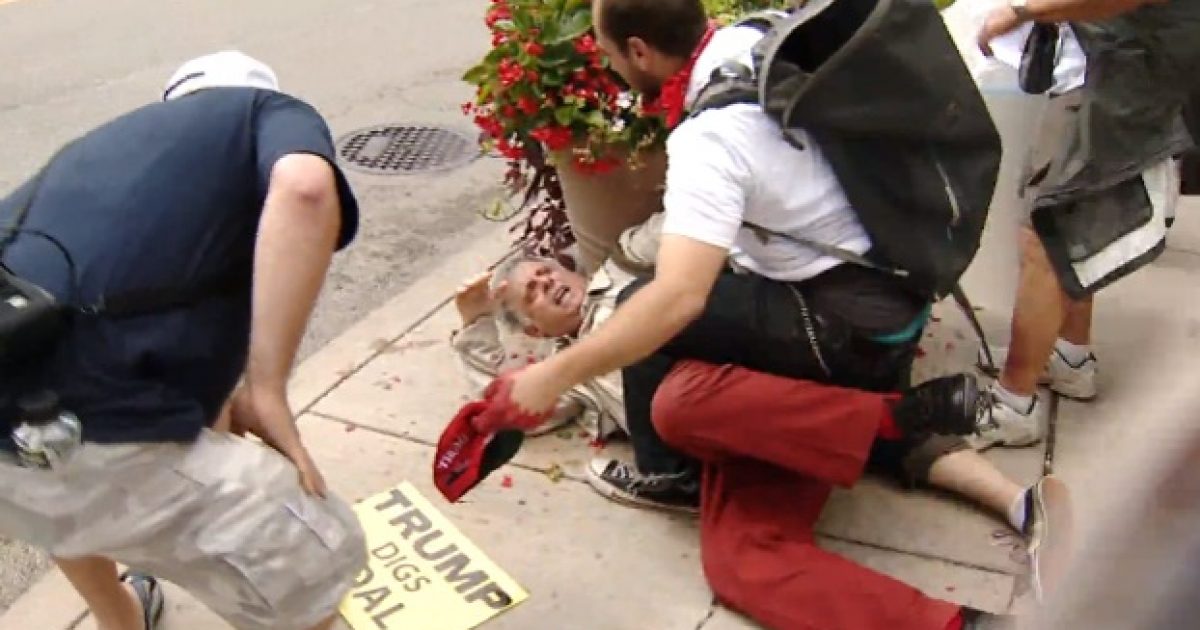 Another class act from the Democratic Party….

A man crashed a pro-Trump event in Pittsburgh and proceeded to light an American flag on fire. When rally goers tried to extinguish the fire, the Hillary protester assaulted an older man.

According to a criminal complaint, police were told Joshua Sturman was in the area to support Hillary Clinton, who spoke at a rally at the David L. Lawrence Convention Center later that afternoon. A group of Trump supporters had gathered on the opposing sidewalk in what police say was a peaceful assembly.

Sturman crossed the street and walked into the middle of the group of Trump supporters. The criminal complaint says the members of the group were standing close to one another, shoulder-to-shoulder. The complaint says Sturman then pulled out a flag and began to light it on fire.

The Trump supporters attempted to put out the fire, which “enraged” Sturman. Sturman then threw a Trump supporter to the ground and attempted to jump on top of him. Bystanders alerted nearby officers, and police removed Sturman and placed him under detention.

This incident is yet another example of typical thug tactics from the Left. Progressives don’t argue policy positions- they shout you down. And when all else fails, they knock you over.