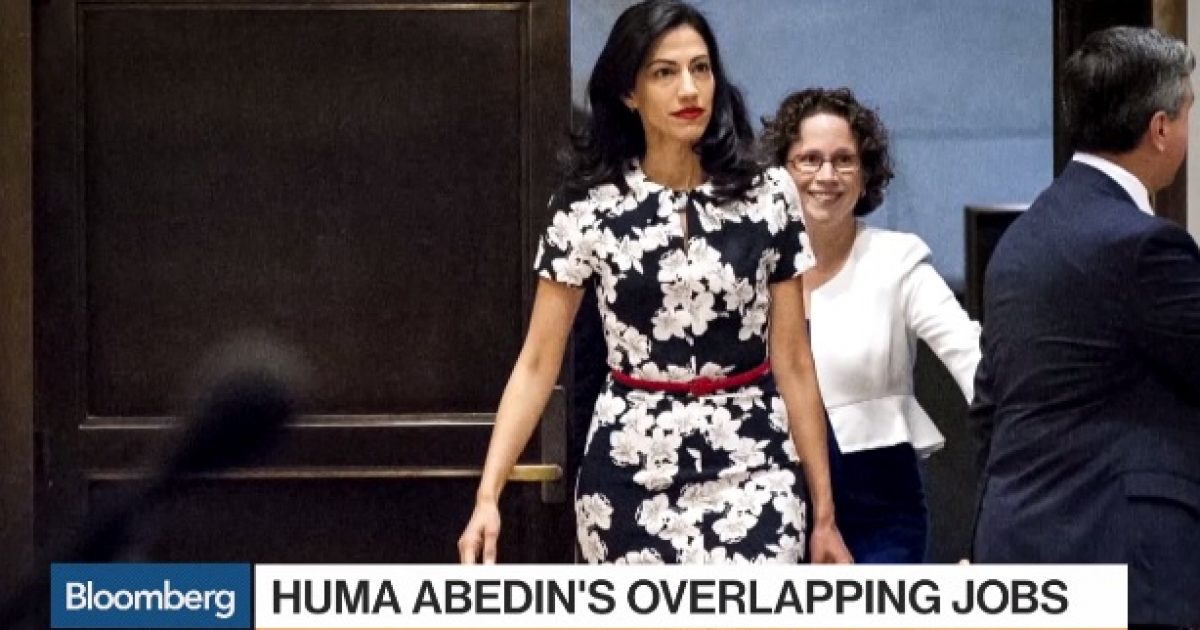 Once again, the Clinton campaign finds itself mired in controversy. The target of criticism (this time around) is the right-hand woman of the candidate, Huma Abedin.

Hillary Clinton’s top campaign aide, and the woman who might be the future White House chief of staff to the first female US president, for a decade edited a radical Muslim publication that opposed women’s rights and blamed the US for 9/11. One of Clinton’s biggest accomplishments listed on her campaign website is her support for the UN women’s conference in Bejing in 1995, when she famously declared, “Women’s rights are human rights.” Her speech has emerged as a focal point of her campaign, featured prominently in last month’s Morgan Freeman-narrated convention video introducing her as the Democratic nominee.

However, soon after that “historic and transformational” 1995 event, as Clinton recently described it, her top aide Huma Abedin published articles in a Saudi journal taking Clinton’s feminist platform apart, piece by piece. At the time, Abedin was assistant editor of the Journal of Muslim Minority Affairs working under her mother, who remains editor-in-chief. She was also working in the White House as an intern for then-first lady Clinton.

Headlined “Women’s Rights Are Islamic Rights,” a 1996 article argues that single moms, working moms and gay couples with children should not be recognized as families. It also states that more revealing dress ushered in by women’s liberation “directly translates into unwanted results of sexual promiscuity and irresponsibility and indirectly promote violence against women.” In other words, sexually liberated women are just asking to be raped.

… Huma continued to work for her mother’s journal through 2008. She is listed as “assistant editor” on the masthead of the 2002 issue in which her mother suggested the US was doomed to be attacked on 9/11 because of “sanctions” it leveled against Iraq and other “injustices” allegedly heaped on the Muslim world.

Of course, the Clinton campaign denies Abedin played any editorial role at the publication. They claim Abedin’s name was just “listed on the masthead.” They refused to answer questions about whether or not Abedin was compensated for the use of her name.

If you think Hillary Clinton and Huma Abedin can’t stay out of trouble now, just imagine if they got another opportunity at running the White House.