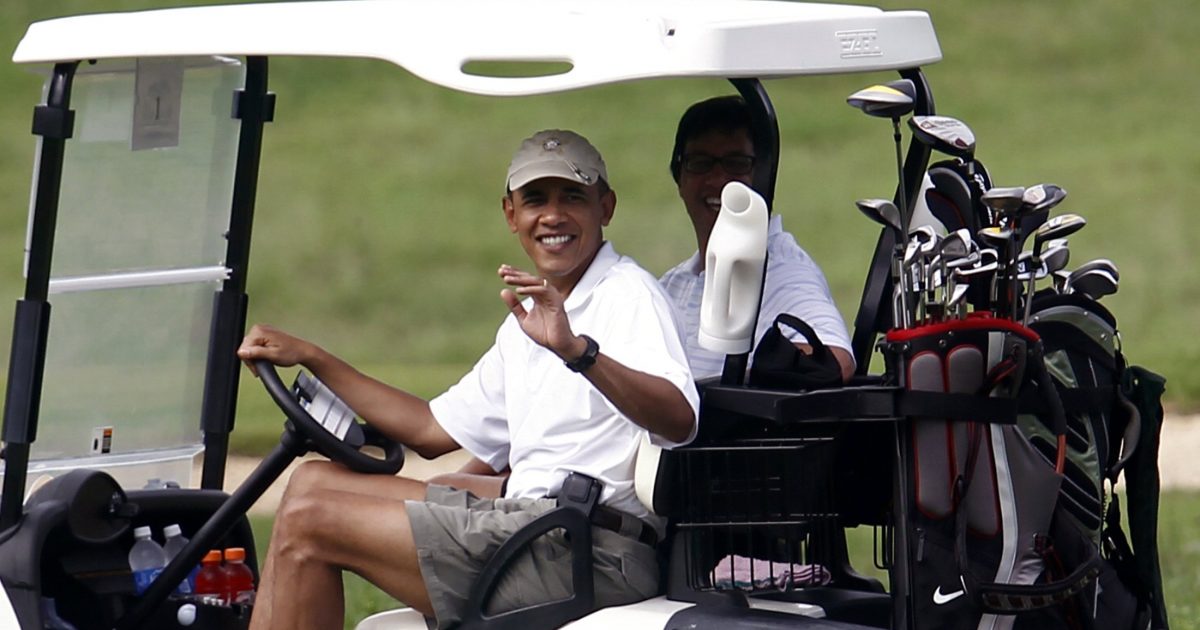 Louisiana is under water. The unprecedented flooding has destroyed tens of thousands of homes and killed civilians. Where is President Obama?

Vacationing in Martha’s Vineyard, and Louisiana residents are not happy about it.

The Advocate’s editorial board slammed the president in its latest column, titled, “Vacation or not, a hurting Louisiana needs you now, President Obama“:

Now that the flood waters ravaging Louisiana are receding, it’s time for President Barack Obama to visit the most anguished state in the union. Last week, as torrential rains brought death, destruction and misery to Louisiana, the president continued his vacation at Martha’s Vineyard, a playground for the posh and well-connected.

We’ve seen this story before in Louisiana, and we don’t deserve a sequel. In 2005, a fly-over by a vacationing President George W. Bush became a symbol of official neglect for the victims of Hurricane Katrina. The current president was among those making political hay out of Bush’s aloofness. Sometimes, presidential visits can get in the way of emergency response, doing more harm than good. But we don’t see that as a factor now that flood waters are subsiding, even if at an agonizing pace. It’s past time for the president to pay a personal visit, showing his solidarity with suffering Americans.

…The president’s vacation is scheduled to wrap up on Sunday. But he should pack his bags now, and pay a call on communities who need to know that in a national catastrophe, they are not alone. The president’s presence is already late to this crisis, but it’s better later than never.

Can you imagine if George W. Bush skipped the fly-over entirely and played golf instead? The liberal media would have a collective aneurysm. Clearly, President Obama is phoning in his last few months in office, and the mainstream media is -once again- giving him a free pass.