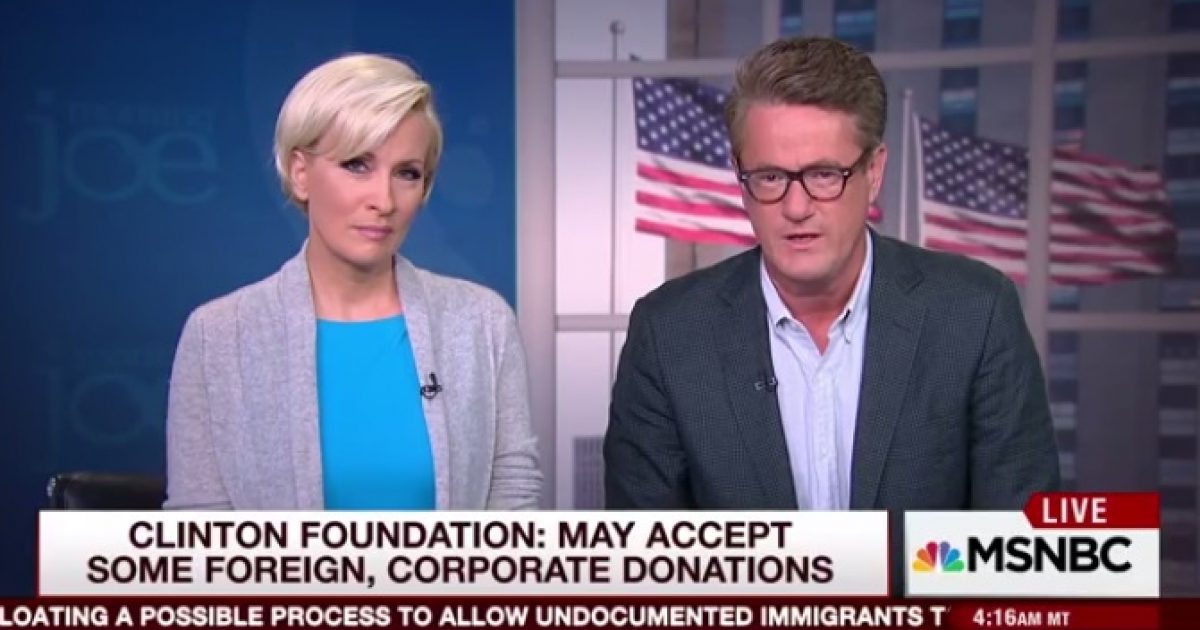 While I don’t normally make a habit of tuning into MSNBC, this video clip is a must-watch.

The hosts of MSNBC’s Morning Joe program have been frustrated with many aspects of the Hillary Clinton campaign: its lack of transparency, the candidate’s unwillingness to appear on the program, the waterfall of scandals and unforced errors coming out of the campaign.

The frustration bubbled over this week after Joe Scarborough watched a clip of a Clinton aide explaining away the Clinton Foundation’s questionable ethics.

The Blaze transcribed some of the epic Morning Joe smack down:

“If any American voter is troubled by the idea that the Clintons want to continue working to solve the AIDS crisis on the side while Hillary Clinton is president, then don’t vote for her,” Fallon said in the clip of a previous interview.

The segment cut back to Joe Scarborough and Mika Brzezinski in the studio, silent for a few seconds before Joe began absolutely destroying the aide in the clip.

“You all are really not that pathetic, are you? Are you really that pathetic?” he said. “You’re really going to actually say that if Bill Clinton doesn’t have the opportunity to shake down billionaires, that AIDS will not be cured?”

“And Bill Clinton shaking down billionaires in Kazakhstan while doing deals on the side and getting paid $550,000 for a one-hour speech, that’s our only path forward to curing AIDS,” he continued. “You’re really not that pathetic, are you? Because if that’s the best line of attack you have, you need to go back to middle school.”

You can watch the entire clip here: