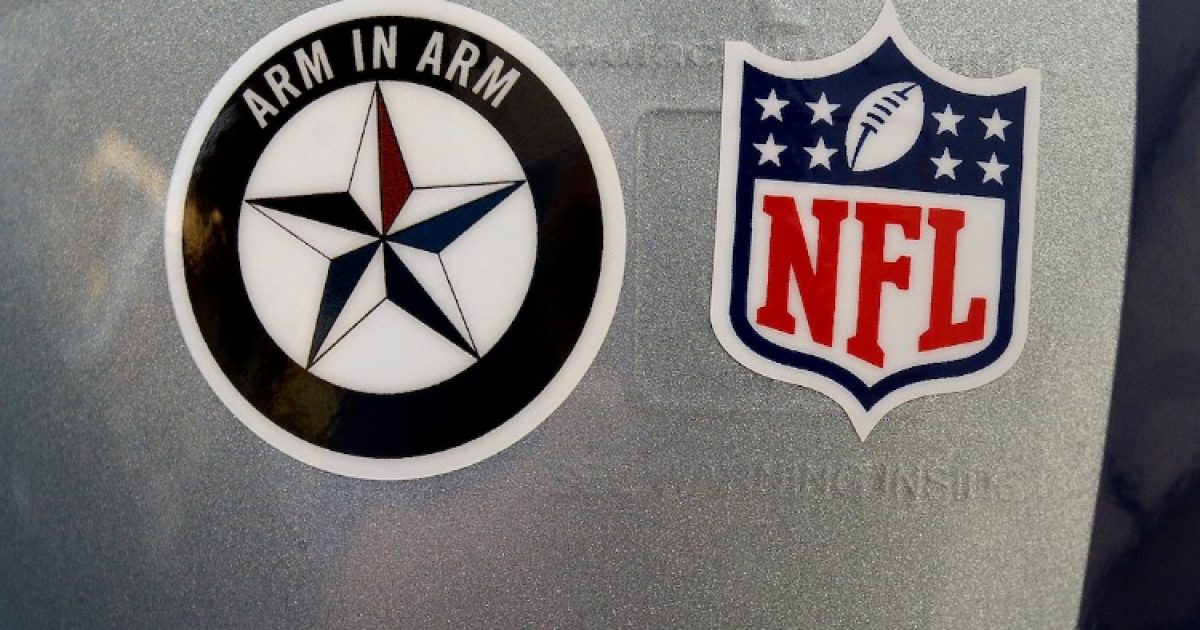 The Dallas Cowboys wanted to honor the officers killed in the Dallas police shooting with a decal on their helmets. While coaches and team management supported their decision, the NFL did not.

According to Yahoo Sports:

The Dallas Cowboys, led by Jason Witten, paid a noble tribute at the start of training camp to the police officers who were killed in a July shooting in downtown Dallas. But the NFL shut down the team’s plans to honor the officers further.

Players, coaches and executives came out for the start of training camp on July 30 with a show of solidarity, walking arm-in-arm with Dallas police chief David Brown, Dallas mayor Mike Rawlings and some family members of the officers who were killed.

Witten came up with the idea for the tribute at the start of camp and wanted to continue the message by wearing an “Arm in Arm” decal on the side of the Cowboys’ helmets this season, both in the preseason and in the regular season. That request was denied by the league, the Dallas Morning News reported.

This isn’t the first time the NFL has cracked down on uniform alterations. The league fined players in the past who tried to raise awareness for other issues, including breast cancer and domestic violence.

However, the NFL refused to discipline the St. Louis Rams for making a “hands up, don’t shoot” gesture during the introductions of a game against the Raiders.

What a pathetic double standard. I think the fans should wear the decals to the game on their jerseys and hats anyway.