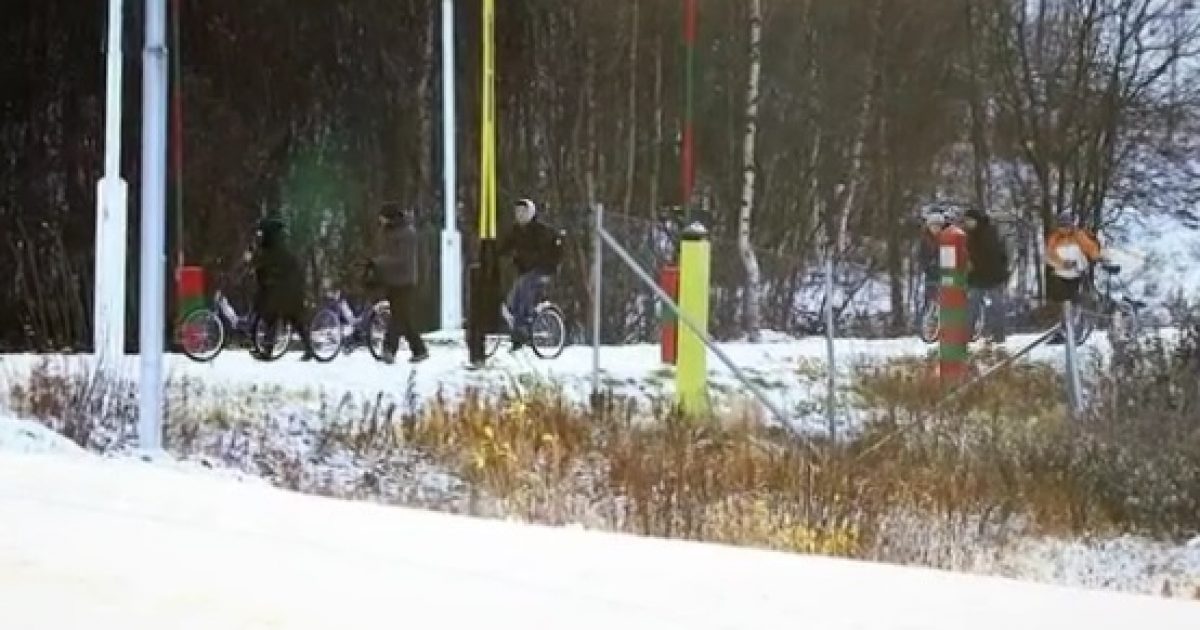 Yup. You read that right.

Norway continues to struggle with the ever growing European refugee crisis, particularly with regard to its Russian neighbors. Apparently, the Russians just keep pushing migrants across the border… with no good reason. So the Norwegians have decided to build a wall.

As reported by the Independent,

Norway is building a steel fence at its arctic border with Russia after an influx of thousands of refugees last year.

The new fence, which will be around 660 feet long and 11 feet high, will stretch from the Skorskog border point, sources in the Norwegian government told Reuters.

Construction of the fence is due to finish before winter frosts set in, making it harder to enter Norway through the forest.

Huh. So building a wall to defend one’s country isn’t crazy? Even a European official thinks border security is “responsible”? Who knew…

Norway said it would begin sending refugees who have Russian residency permits back to Russia, arguing it had received no “satisfactory” explanation from Russia as to why it sent so many refugees to Norway rather than Finland.

Refugees used bicycles to cross the Arctic border, because Russian border police do not allow on-foot crossings and it is illegal to cross the Norwegian border if the driver does not have the correct papers.

They’re building a wall and they require identification? Seems like we could learn a thing or two from the Norwegians!