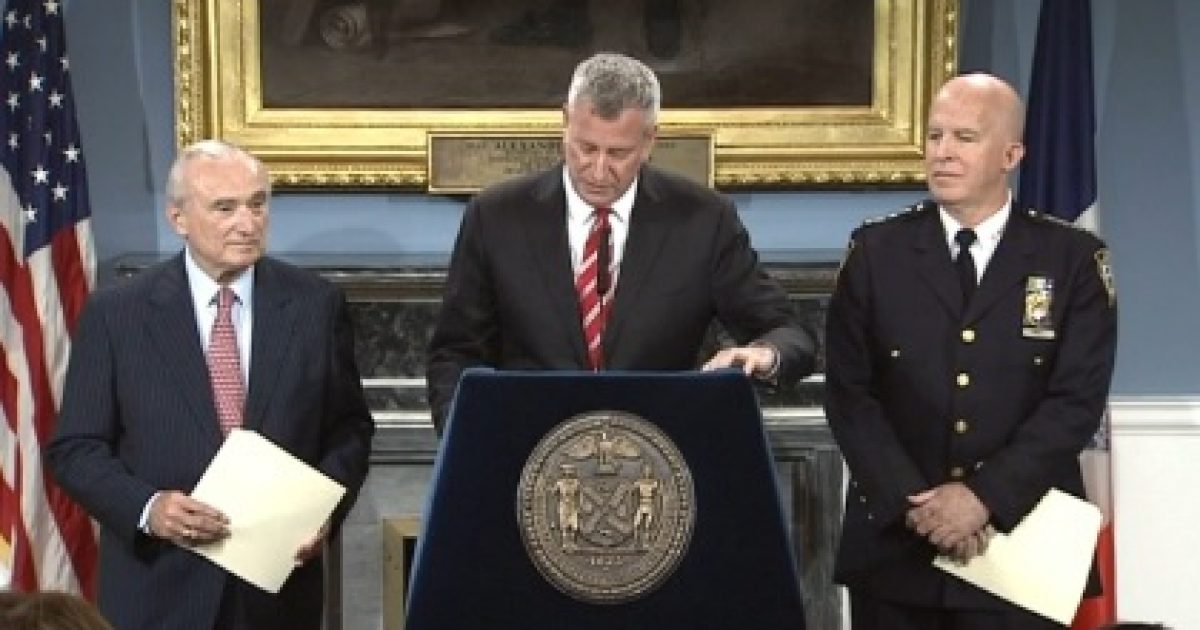 While his reasons are still somewhat unclear, NYPD Commissioner Bill Bratton will be resigning in September.

New York City Police Commissioner Bill Bratton will step down in September, Mayor Bill de Blasio announced during a Tuesday news conference. Bratton will take a job in the private sector, but he did not name the company. Ongoing turmoil between police and some members of the community “110 percent had nothing to do with this,” de Blasio said on Tuesday.

The resignation announcement comes a day after 200 anti-police protesters gathered in City Hall Park to demand the NYPD be defunded and Bratton be fired.

"I would like to introduce you to the next police commissioner of the NYPD, James O'Neill."- @BilldeBlasio pic.twitter.com/yj3LYk5TLf

"The achievements made are not mine, they belong to the cops and the civilians of NYC." @CommissBratton pic.twitter.com/JeLJuxEHNd

Press reports say that Bratton did not appear to be forced out, and the commissioner did previously tell reporters he would not serve under another de Blasio term.

Maybe Bratton was just exhausted with the anti-police and racially divisive culture that Mayor de Blasio and other progressives have escalated. Bill de Blasio and other prominent Democrats politicized the police force, and it’s only a matter of time before the hostility of politics chases valuable talent and leadership away.