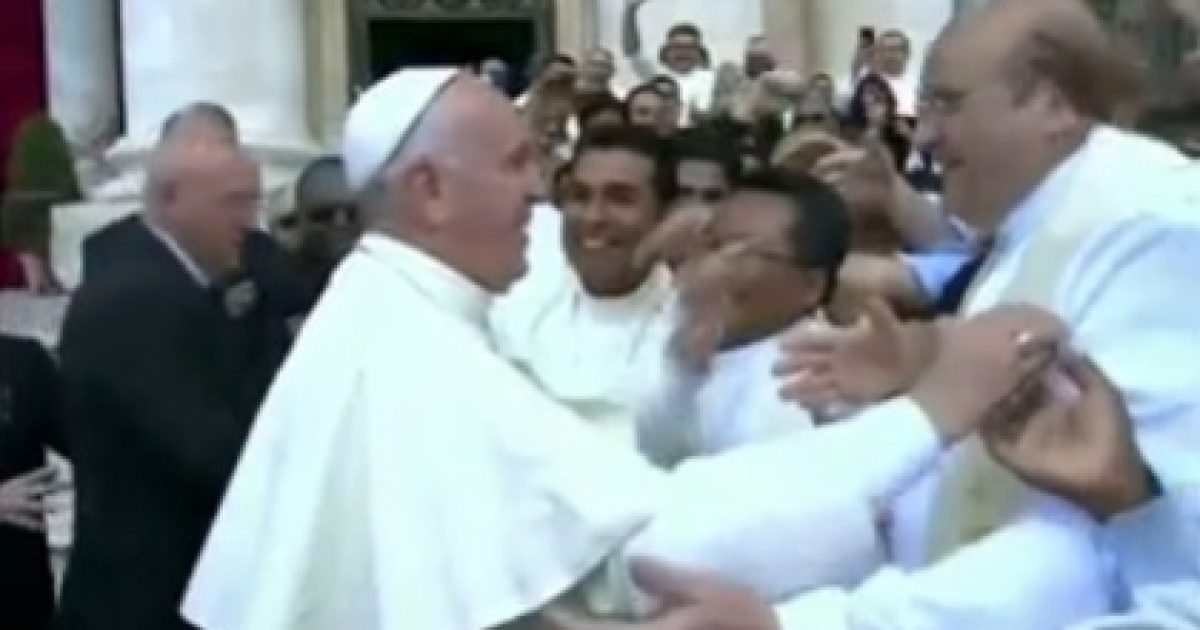 Pope Francis spoke out in defense of the Muslim religion, telling the press that all religions have fundamentalist factions.

According to the Express:

Speaking aboard the plane taking him back to Rome after a five-day trip to Poland, he said: “I think it is not right to identify Islam with terrorism. “It is not right and it is not true.”

Francis was responding to a question about the killing on July 26 of an 85-year-old Roman Catholic priest by knife-wielding attackers who burst into a church service in western France, forced the priest to his knees and slit his throat.

The attack was claimed by ISIS. He said: “I think that in nearly all religions there is always a small fundamentalist group.” He then added: “We have them,” referring to Catholicism.

Yes, there is crime happening everywhere, carried out by people of all different religions. But they aren’t carrying out crimes in the name of a god, then actively recruiting people into a radical and violent movement. Not all criminals are slitting the throats of Catholic priests, flying airplanes into buildings, or slaying hundreds of innocent civilians in cities around the globe.

There are isolated crimes, and then there’s organized crime. While I understand what the Pope was trying to say, at the end of the day, some crimes are objectively worse than others.