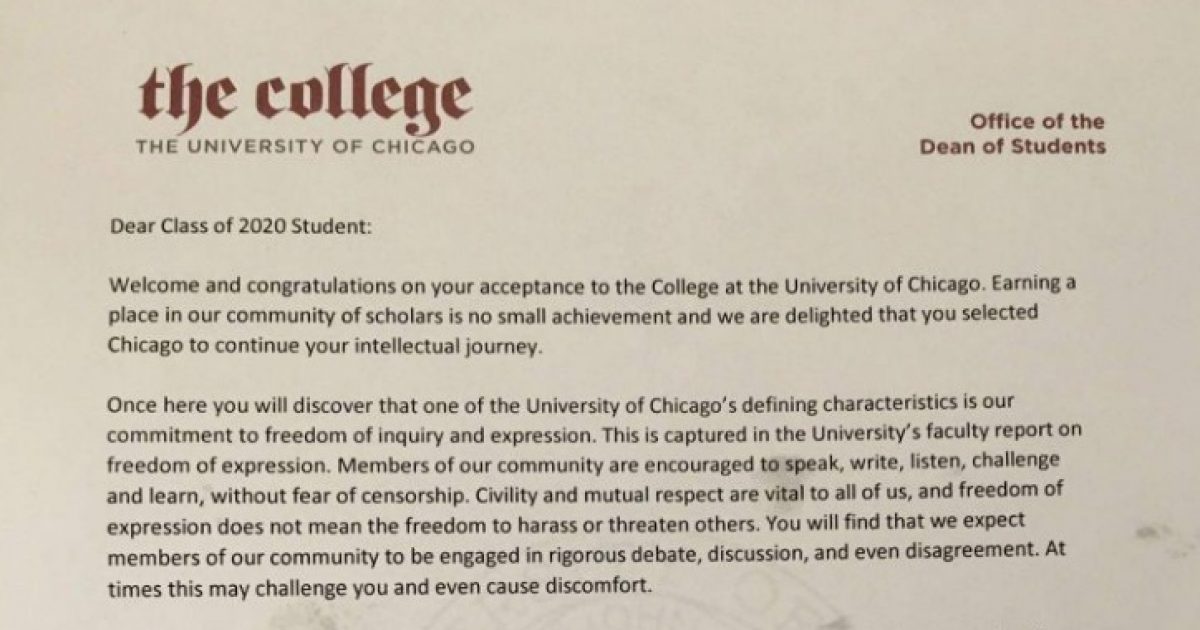 Bravo to the University of Chicago for taking a stand against the oppressive “PC culture” of contemporary higher education.

Thin-skinned members of the progressives outrage machine: you have been warned.

Incoming first-years received a letter from the College today making clear that the University of Chicago does not condone safe spaces or trigger warnings.

“Our commitment to academic freedom means that we do not support so-called ‘trigger warnings,’ we do not cancel invited speakers because their topics might prove controversial, and we do not condone the creation of intellectual ‘safe spaces’ where individuals can retreat from ideas and perspectives at odds with their own,” reads the letter from Dean of Students Jay Ellison.

… The University of Chicago currently holds the highest “green-light” rating from the Foundation for Individual Rights in Education (FIRE), an organization that rates universities’ speech policies.

You can read the full letter to students below: