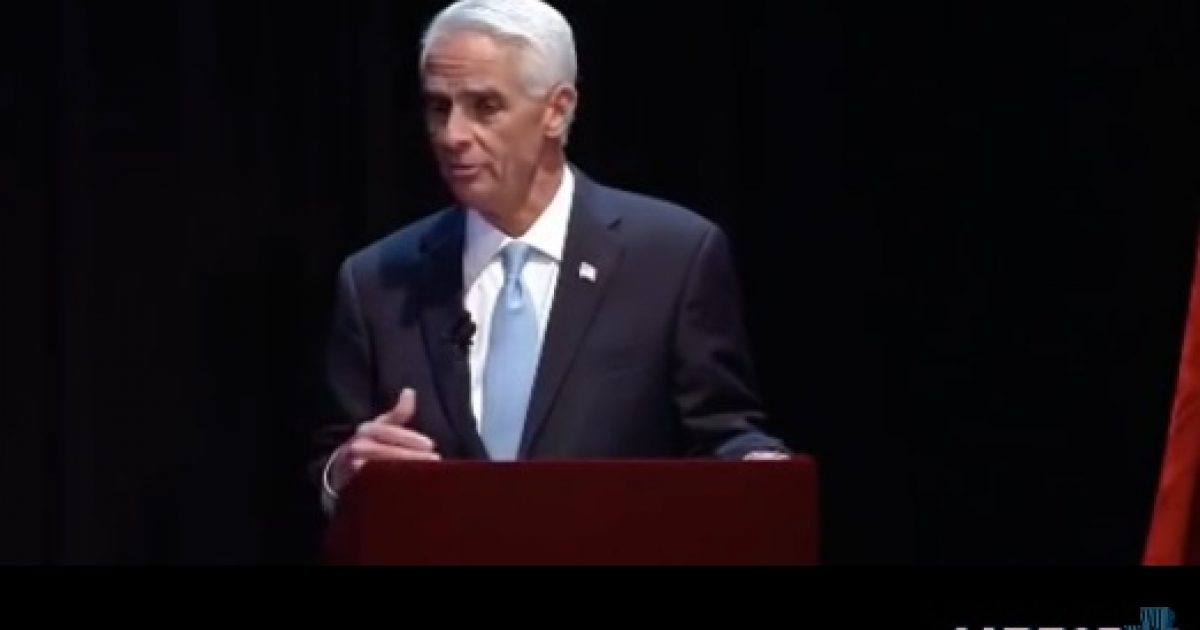 During a Florida debate with Republican Congressman David Jolly, Republican-turned-Democrat Charlie Crist had some hilarious words to say about Hillary Clinton.

The only thing is, Crist wasn’t in on the joke.

During a Florida congressional debate, the audience began to jeer and guffaw after one of candidates said he was voting for Hillary Clinton because of her honesty. Republican Florida Congressman David Jolly is locked into a heated race with former Republican-turned-independent-turned-Democratic governor Charlie Christ in Florida’s 13th district. Monday night, the two candidates debated for the first time at St. Petersburg College.

“I am proud of Hillary Clinton. I think she’s been a very good Secretary of State, a very good senator from the state of New York,” Crist said when asked if he would vote for his party’s candidate. “The thing I like most about her is she is steady. I believe she is strong. I believe she is honest.” It was the last remark that caused a sudden swell of laughter.

Is anybody really surprised? Charlie Crist is about as steady as a political weathervane. He is singing Clinton’s praises in an election year with hopes to ride her campaign’s voter turnout coattails down ticket all the way to Congress.

You can watch the clip of the audience’s reaction at Mediaite here.