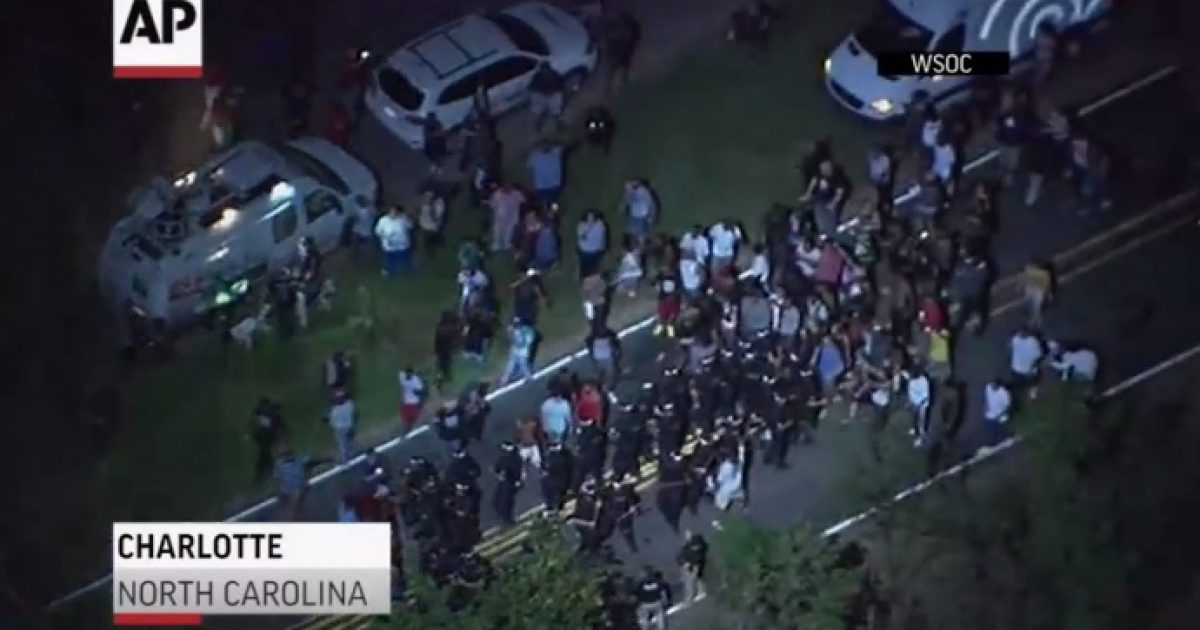 More Black Lives Matter violence, theft, and destruction in the name of “human rights,” this time in Charlotte, NC.

All lanes of Interstate 85 were reopened early Wednesday but still littered with some rocks and glass after a night of protests over an officer-involved shooting of an African-American man in the University City area. The officer was also African-American.

Twelve police officers were injured Tuesday night in a series of clashes, and reports were coming in early Wednesday of motorists on Interstate 85 being hurt and their vehicles damaged when protesters threw rocks, bottles and traffic cones off interstate overpasses onto traffic below.

At least seven of the police officers needed to be hospitalized after the clashes, including one who was hit in the face with a rock. Mayor Jennifer Roberts sent out a message on Twitter early Wednesday, noting: “I will continue to work with our manager and (police) chief…We are reaching out to community to ask for calm.”

…In addition to Interstate 85, protesters attacked and looted the Walmart on North Tryon Street at about 3:30 a.m. The store was closed early Wednesday, with wooden pallets piled in front of the doors and shopping carts blocking the driveway into the lot. Three or more tractor trailer trucks were stopped and looted on Interstate 85, and at least two fires were started on the interstate, as the protesters burned items taken from the trucks.

Once again, BLM protesters are not waiting for the facts of the case before taking to the streets. They are terrorizing their own community, rather than working to make it a safer place.

The Black Lives Matter movement isn’t interested in solving any problems. They are interested in lighting their problems on fire.

The White House and the mainstream media need to stop calling these violent mobs “protests,” and start calling them what they really are: riots.