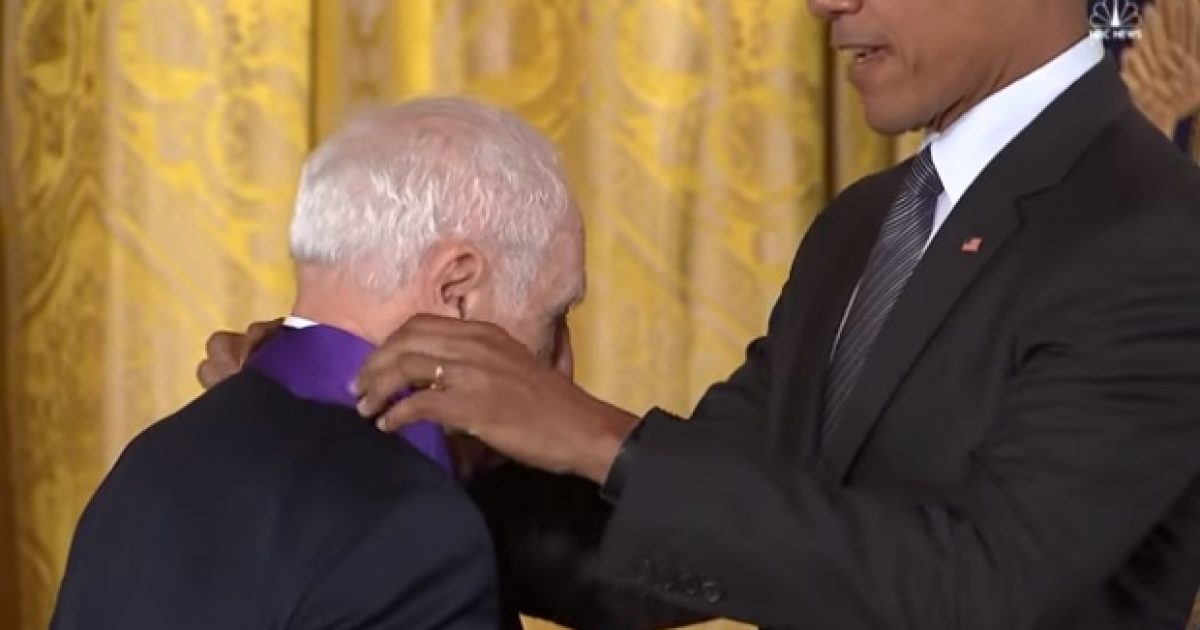 The comedy legend was honored at the White House with a National Medals of Arts and Humanities. When President Obama awarded him the medal, Mel Brooks pretended to try to pull his pants down.

Twenty-three honorees were at the White House to receive the National Medals of Arts and Humanities for their achievements. Brooks was one of them and was honored for his contributions to comedy and making the world laugh.

“The 2015 National Medal of Arts to Mel Brooks for a lifetime of making the world laugh. As a writer, director, actor, and musician he pioneered the art of musical comedy in his hilarious and thought provoking work on film and in theater have earned him the rare distinction of winning Oscar, Emmy, Tony, and Grammy awards,” an announcer said.

After Obama put the medal around Brooks’ neck, the comedian reached down and pretended to pull the president’s pants down. Obama and the crowd erupted with laughter. Obama shook his hand and gave him a hug.

Below is a video of the amusing interaction:

Even at 90 years old, Mel Brooks is still quick to a joke!