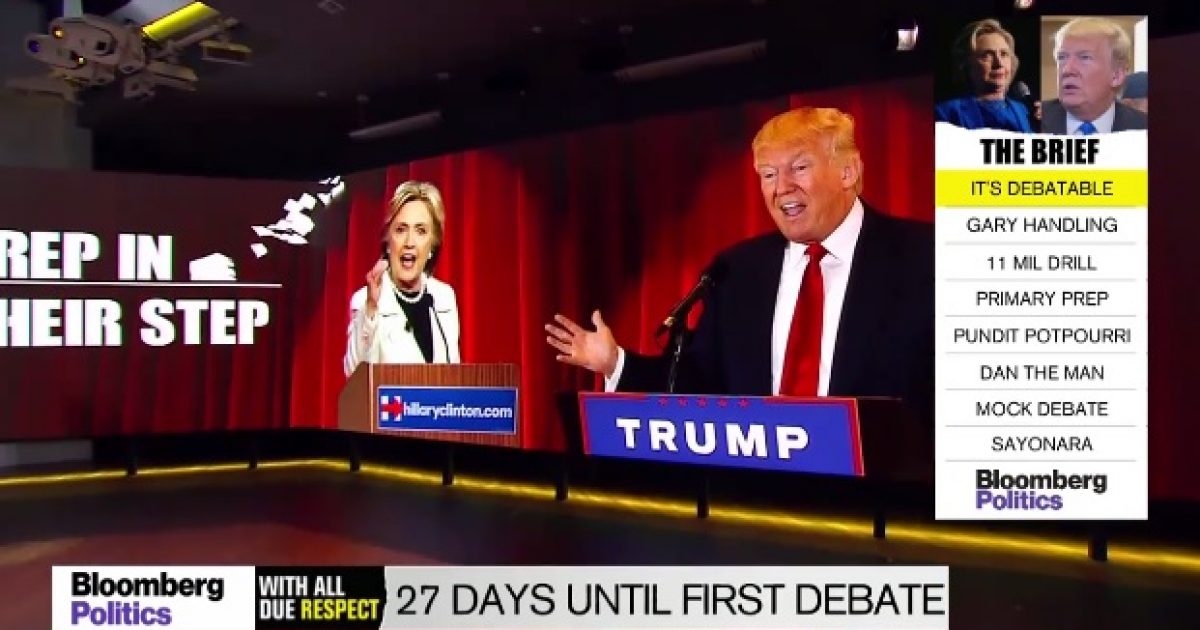 The 2016 presidential debate schedule was posted today by the Commission on Presidential Debates (CPD):

There are 24 days until the first presidential debate. Real Clear Politics polling averages currently show Hillary leading with 46.4 to Trump’s 41.9 percent. These debates are sure to pull somebody into a decisive lead.

Will Trump be able to keep his cool on the debate stage? Will the moderators give Hillary Clinton a free pass, or actually force her to defend her terrible record as Secretary of State?

Let us know what you think in the comments!