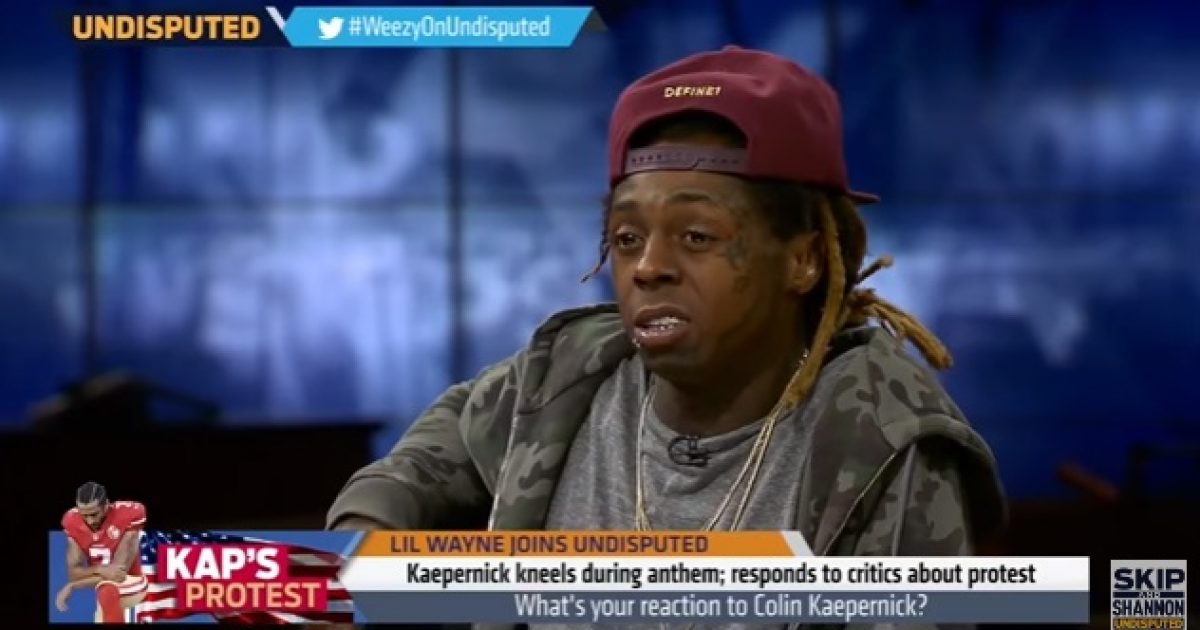 During an interview with Fox Sports 1, rapper Lil Wayne made some comments about racism in America that will surprise many people, especially those in the progressive Black Lives Matter movement.

“Not only did I [think] it’s over, I still believe it’s over. But, obviously, it isn’t.” That’s what rapper Lil Wayne told sports commentator Skip Bayless Tuesday when the Fox Sports 1 host asked the performer about racism.

“Where are we in the United Sates of America in race relations — in what you see from day to day in your life?” Bayless asked. In response, Lil Wayne, whose real name is Dwayne Michael Carter, Jr., gave an answer that probably left many viewers surprised.

While the rapper admitted he wasn’t sure if it’s because racism really isn’t that common or if it’s the result of the “blessings” God has bestowed upon him, he said, “it is my reality.”

Kudos to Lil Wayne for speaking his truth, even if it doesn’t fit the mold of the progressive political movement. The pressure to fall into line with the Black Lives Matter movement is immense for public figures.

Clearly, Lil Wayne has the self confidence to remain intellectually honest, even when the answer isn’t easy for some people to hear.