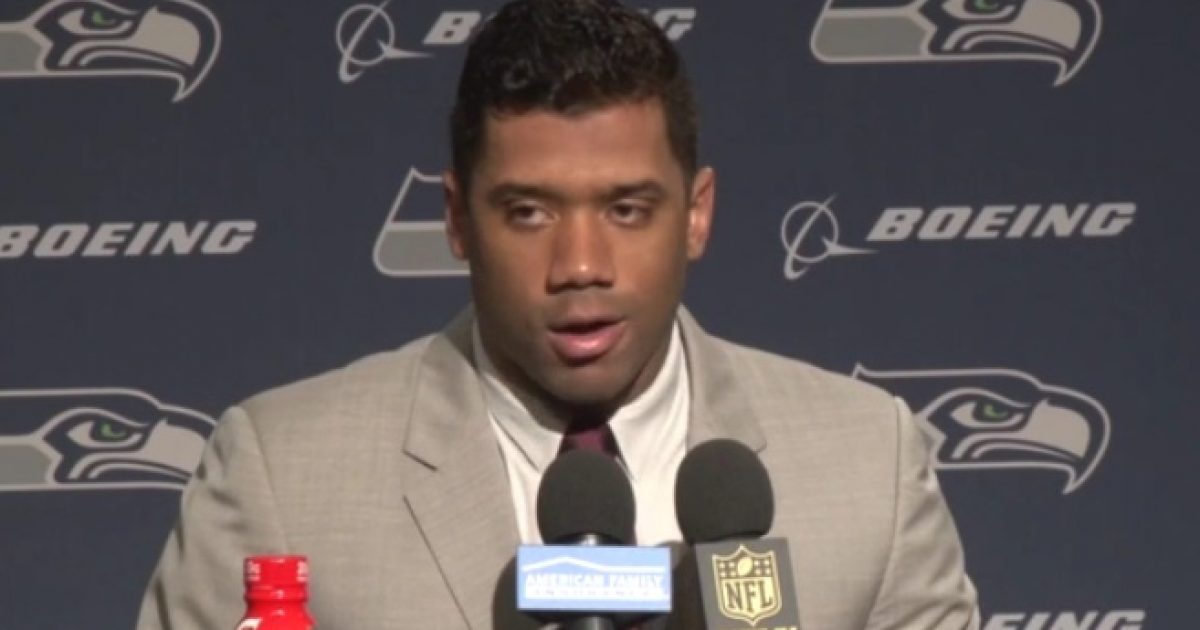 Russell Wilson, quarterback for the Seattle Seahawks, has a tendency to make news. Like when he wins the Super Bowl. Or visits children hospitals. Or donates hundreds of thousands of Dollars to charity.

This week, Wilson made headlines when asked if he supported Colin Kaepernick’s protest of the American flag. Because his response? Just that epic.

First of all, there’s no perfect answer. I understand and respect the cause because there’s so much going on in America right now — so much hurt, so much pain. And ultimately I understand what he’s doing.

For me, I love the flag. I love the National Anthem because it’s an emotional time for me because I’m so grateful I get to play on the football field. And every time I get to put my hand on my heart, it’s truly an honor — you know, the military, for me I think about my family members who have served, and friends — I train down in San Diego all the time, so I’m around the Navy and I see those guys around. And all they do for our country and the people in Afghanistan and all these people fighting. 9/11, for example, coming up — that’s going to be our first game and I think about all the pain from that. So that’s why I stand and put my hand on my heart.

I do think there’s always issues in our country. I think ultimately it comes back to love. Like I said to you guys before, it comes back to loving one another and appreciating one another. Understanding that we’re not perfect but we need to be equal. And that’s from the black community, from the white community, that’s from police officers to everybody to all of our military to everybody that we get to recognize and see — have great appreciation for what this country is based on — and what it should be based on.

It should be based on equality. It should be based on people having freedom of speech — people can have that decision. And so, I understand what (Kaepernick’s) doing. But at the same time for me, I can also think about where we need to go and where our thoughts need to be. It needs to be about love, about caring about one another. And that’s for every community, every situation, every socio-economic status.

Gratefulness? Respect for our troops? Equality? Freedom? Caring for others?

Step aside, Colin Kaepernick. If America’s youth want a football role model. They just found one – his name is Russell Wilson.