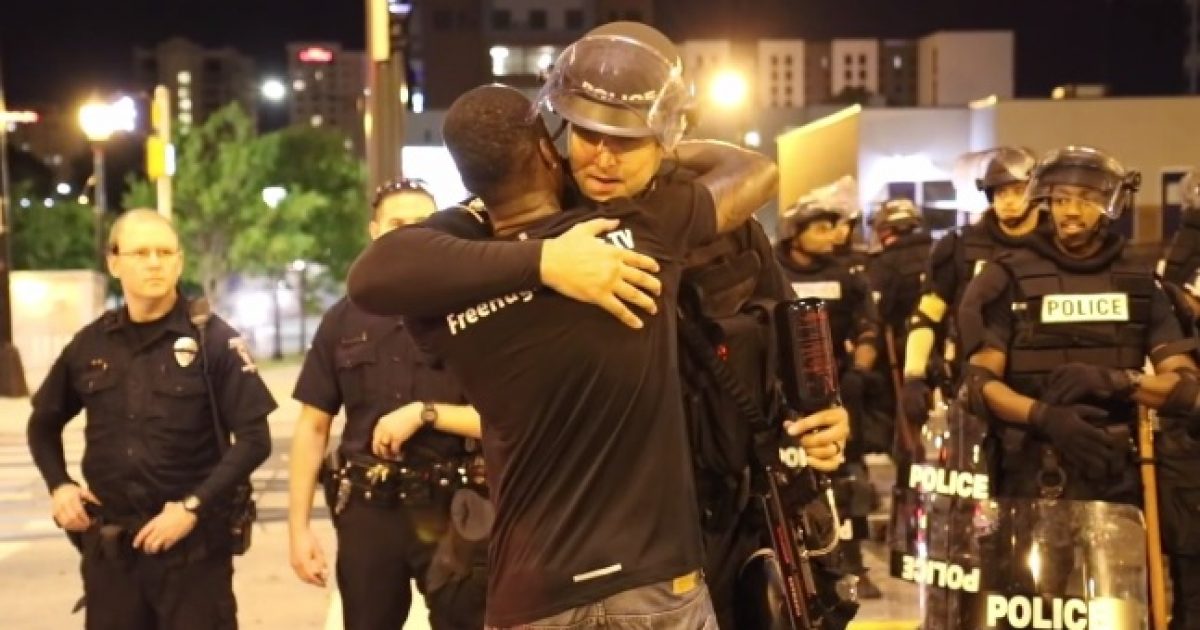 The founder of the Free Hugs Project took to the streets to show some love for Charlotte police officers, and as you can imagine, the protestors and rioters did not respond positively.

“It’s not even like that,” he responded, once he heard the demonstrators yelling expletives toward him. “It’s about staying neutral — that’s what’s important.”

But the protesters, raising their voices, continued berating Nwadike, who then asked them, pointing at the officer he just hugged, “Did he kill somebody?” The demonstrator offered no answer.

… “His uniform doesn’t make him a robot,” he said, pointing at the collection of police officers behind him. “Just like your uniform — your skin color — doesn’t make you a criminal, and that’s what I need people to understand.”

It is unbelievably refreshing to see someone working to improve the nation, with no agenda other than bringing people together and spreading the message of love and happiness.

You can watch a video of the exchange here: