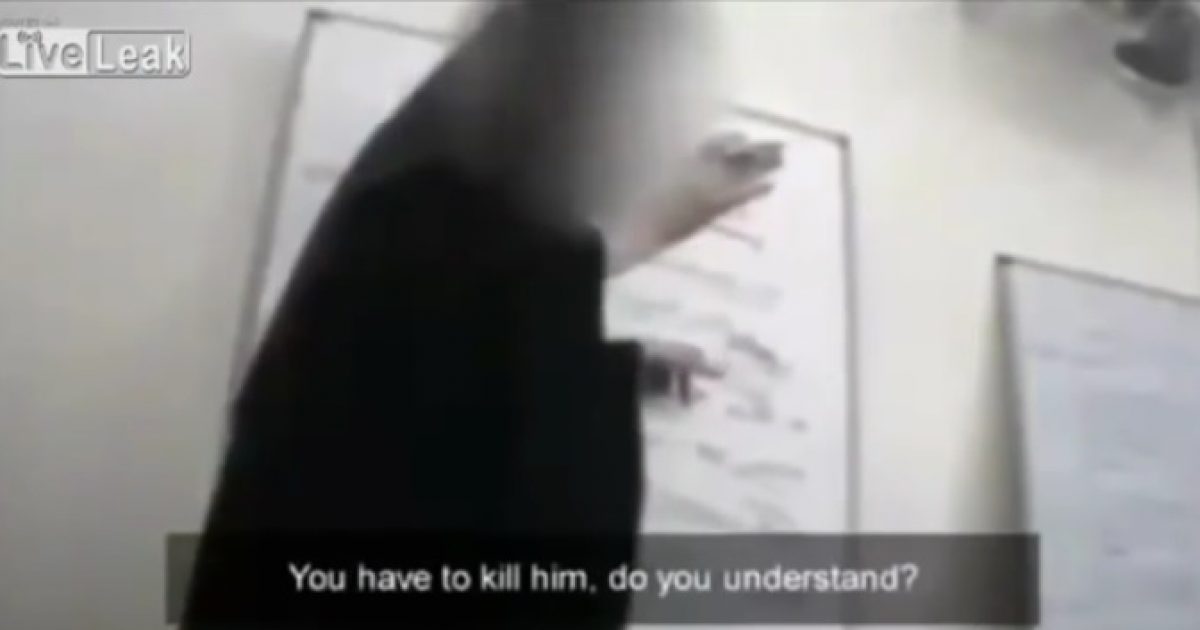 You read that headline right. At least one school in the United Kingdom is teaching its students to murder people who don’t agree with them.

In case you hadn’t guessed, it’s an Islamic school that’s teaching this hatred. But the best part? Muslim schools in the UK are supposedly “moderate.” Great!

A new undercover video is exposing the indoctrination of Islam’s youth in the UK. Check it out:

The one who rejects Islam? We kill him.

It is not befitting for a Muslim, that he should reside in the land of evil… The land of disbelievers. A Muslim should emigrate to a Muslim country.

Hold up. That’s not the law in the United Kindom, right? Right. But… it is Sharia law. No worries, though. Apparently, these instructors all plan to leave the UK sometime soon – after all, according to the video, they can’t continue to live in a land of “evil.”