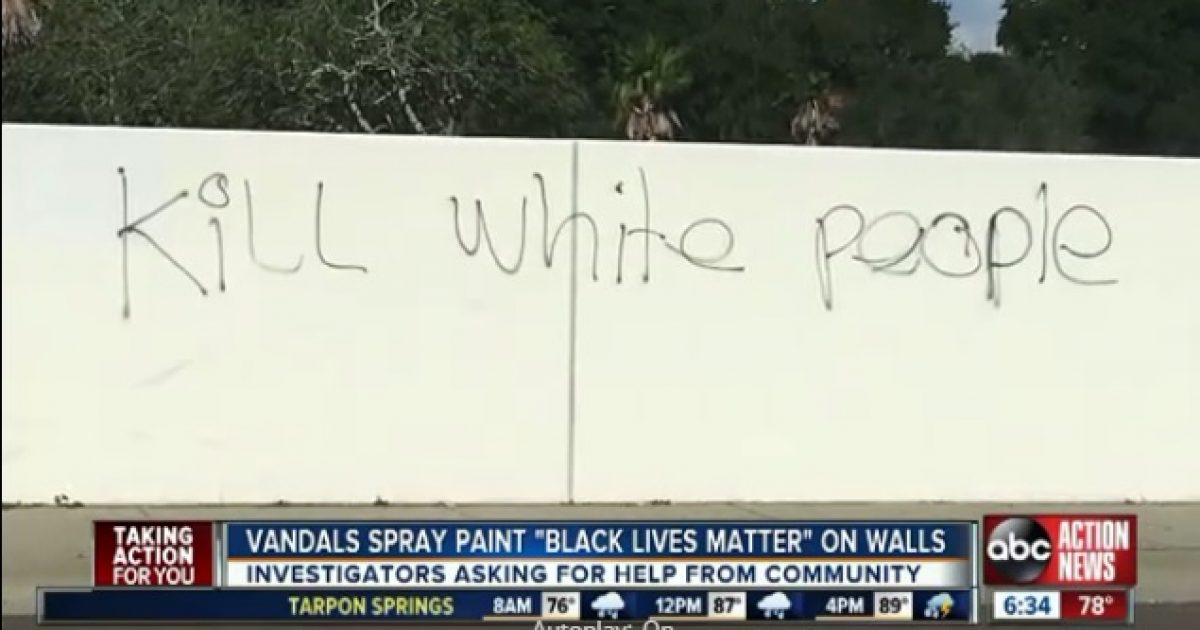 A Florida community is left cleaning up after vandals spray painted hate slogans in numerous locations throughout the county.

A crew painted over the phrases. “It’s uncalled for, there’s a way to protest, there’s a way not to, this is just, it hurts everybody,” Cat D’Alessandro said. She saw a deputy along the road working to cover up the hate message, bought her own spray paint cans and helped out.

“I was kind of sad really because why does it have to be like, why does it have to get to this,” she said. The Hillsborough County Sheriff’s office said they don’t know who did this and it’s not the only damage. Less than a 10 minute drive away, a trailer was hit with similar messages. The Trump sign in their front yard was painted over.

The vandals have not been identified yet.

It’s unfortunate that a bunch of cowards are trying to divide a community, rather than have an honest and respectful dialogue about race relations in America.

However, their efforts will ultimately fail: for every spray painted slogan, there will be a neighbor with a can of paint to cover it up.