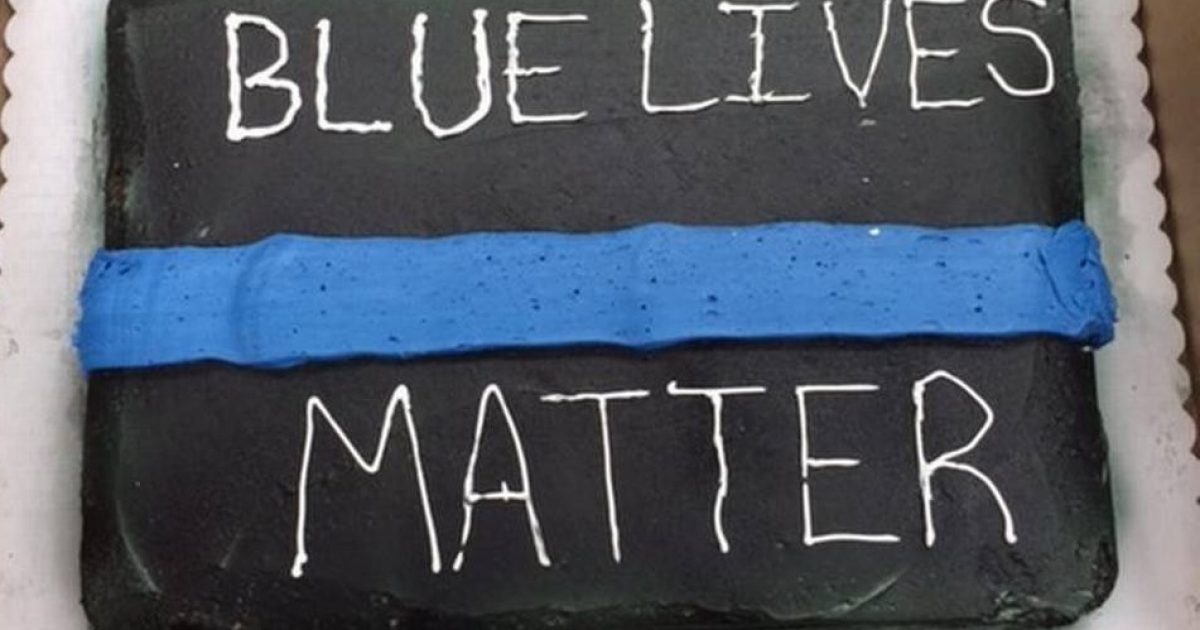 Employees at Walmart refused to make a retirement cake for a police officer because they considered it “racist.”

The cake in question did not mention race at all.

According to the Macon Telegraph:

Walmart is apologizing for refusing to make a police officer’s retirement cake last week after an employee told the cop’s daughter that her “thin blue line” cake design might be considered racist.

The police officer’s daughter, who has remained anonymous, told radio host Todd Starnes that she went to a Walmart in McDonough, Georgia on Thursday to ask for a cake with the American flag in black and white with a blue stripe added in.

But one of the employees at the bakery balked at the common police officer emblem, telling the woman “the design could be perceived as racist and nobody feels comfortable decorating the cake,” she recounted to Starnes. When she asked for a simpler cake, with just one blue line on a chocolate background, the employee said she didn’t “feel comfortable” with that design either.

“I asked her, ‘Is there something wrong with cops?’” the woman recalled, according to Starnes. The employee again refused to make the cake.

The customer’s friend posted a complaint for Facebook on her behalf:

Shortly after, Walmart apologized and offered to make the cake after all:

Refusing to make a cake honoring a police officer’s dedicated service to protecting the community is absurd. The only thing discriminatory about this story are the Walmart employees themselves. Unfortunately we are living in a cultural moment where everything is viewed through the frame of identity politics, and it has to stop.