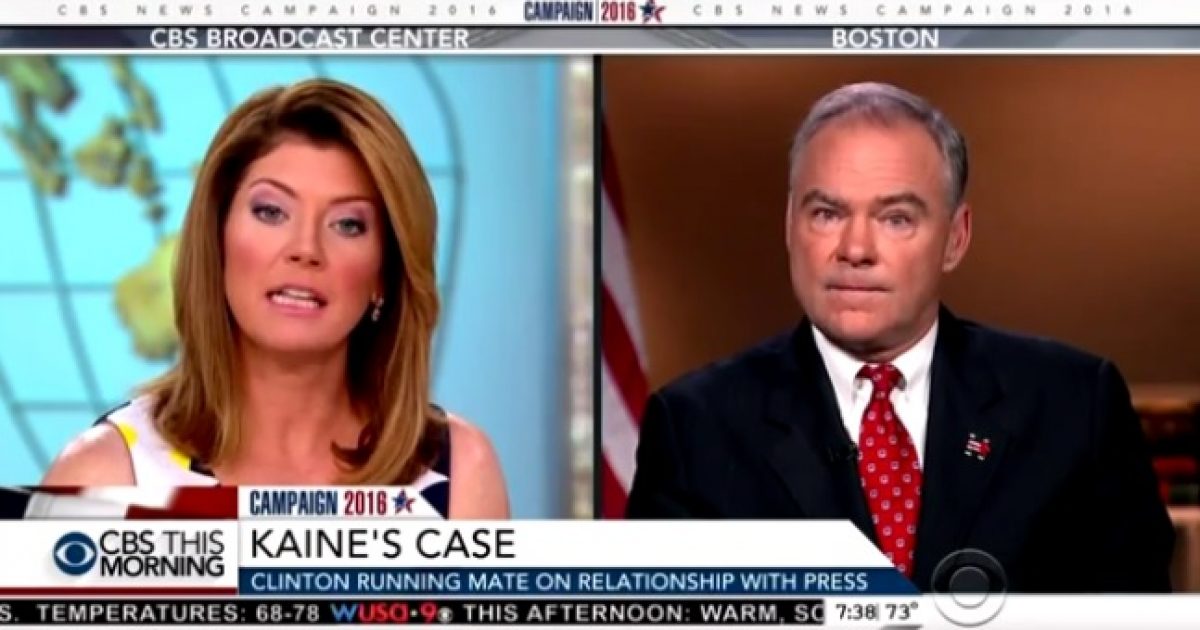 It’s been 272 days since Hillary Clinton held a press conference. That amounts to zero press conferences in 2016. In a move unprecedented in modern presidential campaign history, Team Hillary also refuses to allow press onto her campaign plane.

Meanwhile, her running mate Tim Kaine is struggling to explain why this is an acceptable amount of access to someone auditioning to be the next President of the United States.

The hosts of “CBS This Morning” grilled Democratic vice presidential nominee Sen. Tim Kaine (Va.) Thursday following his claim that his running mate, Hillary Clinton, “talks to the press all the time.” Guest co-host Demarco Morgan asked Kaine, “Senator, this was Donald Trump’s first meeting with a head of state as the nominee, and he immediately opened up the floor to reporters for questions. When will we see Hillary open up the floor and take questions from reporters at any event?”

“Well, you see Hillary take questions from reporters every day,” Kaine replied. “She does — she talks to the press everywhere she goes. She did a press conference when she was—”

“At a recent — she did a press conference when she was at the recent meeting of the African-American and Hispanic newspaper publishers,” Kaine continued.

“But that was the first time in a long time, Senator,” Morgan replied.

You can watch highlights from the exchange below:

Numerous reporters have taken to Twitter to contradict Kaine’s assessment- especially those assigned to cover her campaign. This is just a preview of the secrecy that a Hillary Clinton presidency would bring to the White House.