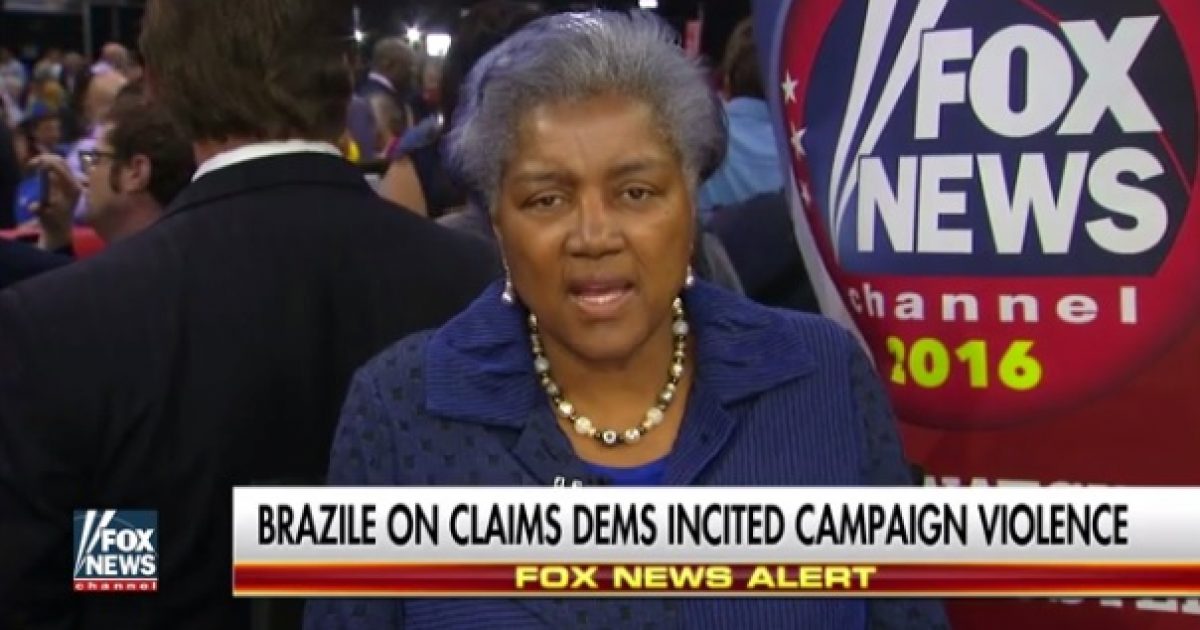 Donna Brazile has one defense strategy when it comes to the Wikileaks emails proving she gave presidential debate questions in advance to the Clinton campaign: deny, deny, deny.

Interim Democratic Party Chairwoman Donna Brazile vehemently denied receiving a question about the death penalty and tipping off the Hillary Clinton campaign prior to a March town hall hosted by CNN and TV One. The revelation came after WikiLeaks released a batch of emails from Clinton campaign chairman John Podesta last week. The day after apparently receiving the question it was provided by TV One’s Roland Martin verbatim to CNN.

“I’m not going to try and validate falsified information,” Brazile told Fox News’ Megyn Kelly after the third presidential debate. “I have my documents. I have my files. Thank god I haven’t had my emails ripped off from me and stolen and given to some criminal to come back altered.”

The leaked email showed that Brazile wrote in the subject line “From time to time I get the questions in advance” and Kelly added that CNN said Martin, or someone at TV One, had given them to Brazile.

“As far as I know, CNN has never provided me with questions…ever,” Brazile responded.

Even when the evidence is right in front of her, Brazile won’t take responsibility for her actions. In the eyes of Democrats, the ends always justify the unethical means.