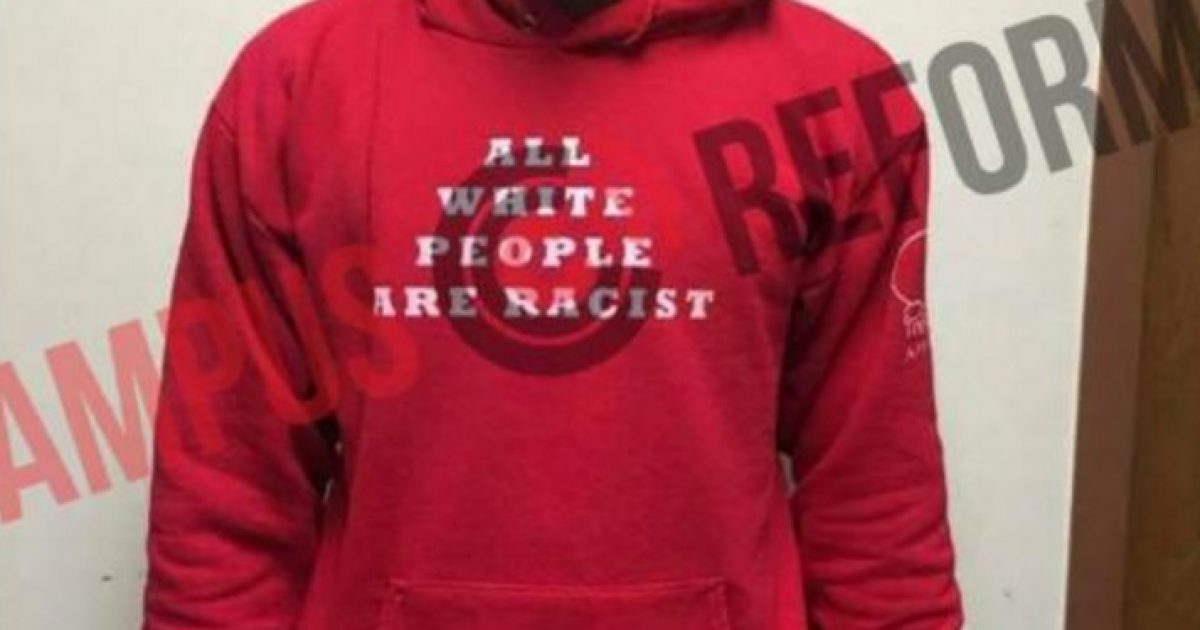 Ironically, college students at the University of Wisconsin-Madison are selling racist sweatshirts to protest racism.

Because logic, or something.

Students at the University of Wisconsin-Madison are asking people to buy sweatshirts promoting violence against police officers and classifying all white people as racists.

“Racism,” claims one hoodie’s page, “is a set of systematic, institutional, cultural, and epistemological (although not limited to said forms) structures that inherently empowers white folk and in turn disempowers people of color. This power dictates who lives, have housing, access to education/healthcare etc. Racism has little to do with hatred and mostly to do with who has power.”

… One of the sweatshirt says “If I Encounter Another Cop With A God Complex I’m Going To Have To Show The World That They Are Human”, seemingly promoting violence towards police.

Hate only breeds more hate. This is another sad example of a race hustler making money off the hardship and frustration of low income and minority communities.

Rather than uniting Americans and empowering their fellow citizens, these students are dividing neighbors and promoting rage. The students making these sweatshirts should be ashamed of themselves.