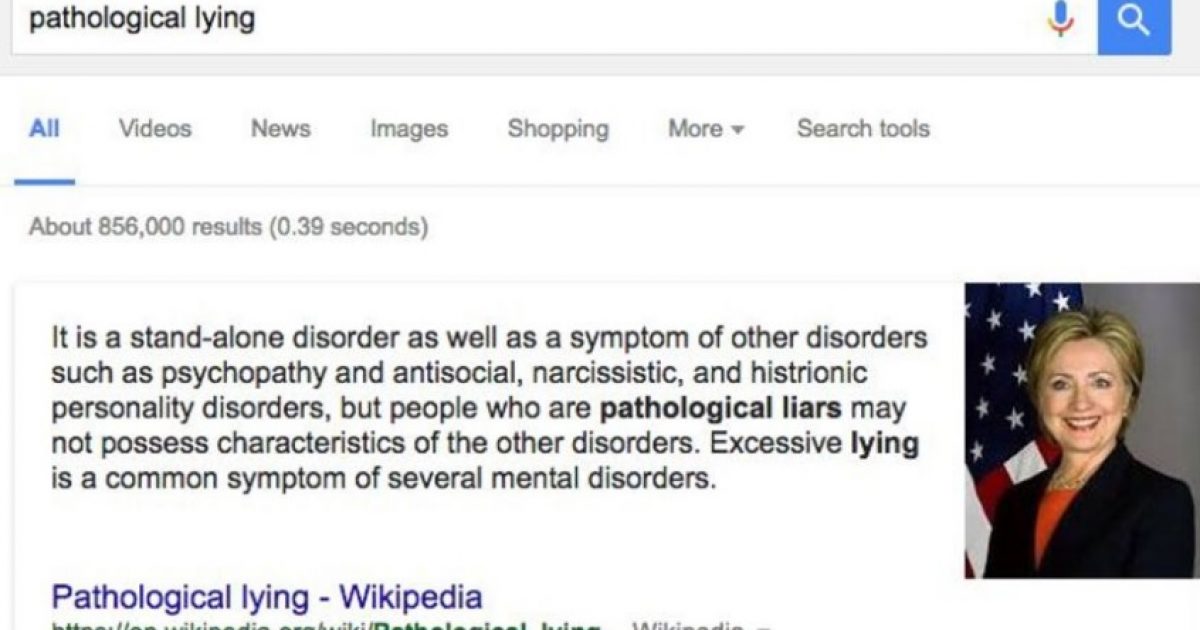 One internet commenter took trolling to a whole new level when they linked Hillary Clinton’s picture to the Google search results for “pathological lying.”

For several hours starting about 10:30 p.m. Sunday, a Google search for the terms “pathological lying” was producing a picture of Mrs. Clinton. The picture appeared as the illustration for what Google calls a special “featured snippet block” at the top of the page. The snippet quotes from, and includes a link to, the Wikipedia article for “pathological lying.”

By early Monday morning, the image had been removed from the Google search. Part of what made the result odd is that while Mrs. Clinton has been accused of dishonesty and dissembling for the entire quarter-century since she became a national political figure as first lady, the Wikipedia article itself doesn’t mention her or any specific cases of dishonesty by her.

@triplejHack What in the Wide World of Sports is going on with Google!? pic.twitter.com/PJHC23CzDK

I typed in "pathological lying" into Google and this came up. Try it yourself. Is Google finally reaching reality? #LyingHillary pic.twitter.com/pOa9Dr84HO

Hillary Clinton’s lead in the polls over Donald Trump is shrinking by the day. The FBI’s re-opening of the Clinton email investigation didn’t help either. Every single vote is going to count next Tuesday, because right now, this is anybody’s election.