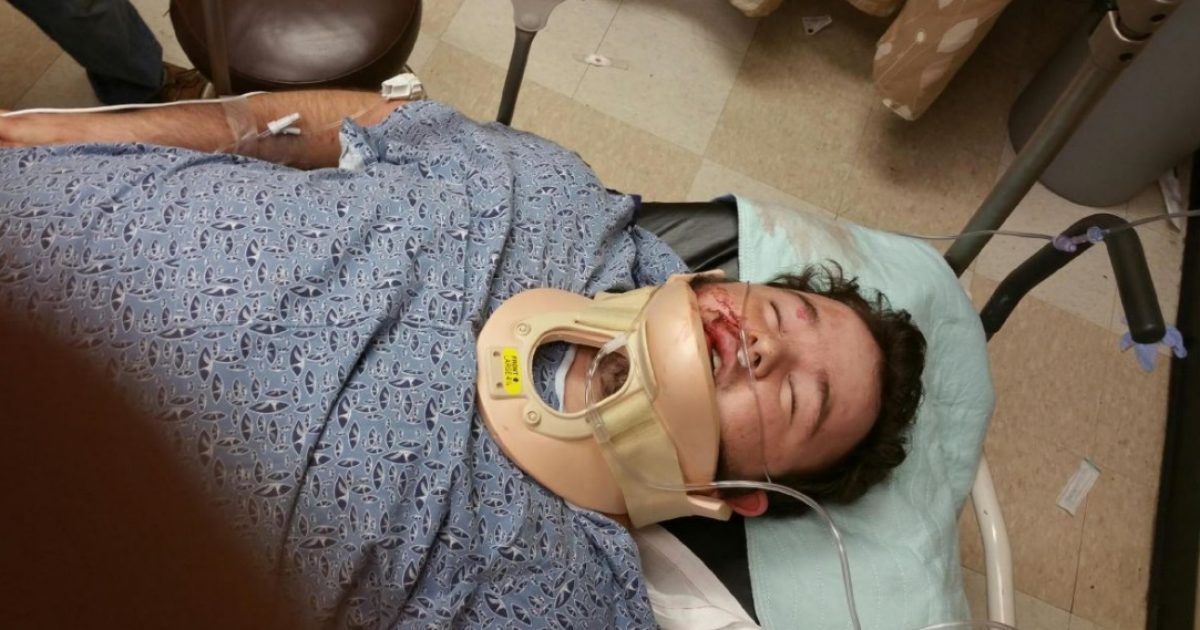 A tragic assault on an Alabama high school student has left him fighting for his life at UAB hospital. The attack happened after a homecoming football game, but the underlying cause of the fight is suspected to be the victim’s posts on social media supporting law enforcement.

Brandi Allen, the victim’s mother, identified her son as Brian Ogle. Sylacauga Police Chief Kelley Johnson says a large group of students gathered in the parking lot of the old Ace Hardware behind the Sonic on W Fort Williams Street in downtown Sylacauga.

Johnson says one or more black teens assaulted Ogle, a 17-year-old white teen. When officers arrived, they found him bleeding from his head. Medics took him to the Coosa Valley Medical Center in Sylacauga and he was then airlifted to UAB Hospital where he is in critical condition recovering from head injuries.

Allen says her son suffered a broken skull in a few places and is bleeding from the brain.

The mother of the victim later told the press:

“Instead of us planning for his 18th birthday, we’re here. Why? Because he made a statement that he backs the blue? I’m still trying to understand how someone, no matter the color of their skin, can do this to another human being,” said Allen.

… “Apparently he was hit with something that is possibly to be the butt of the pistol. He has stitches and he has real bad bruising on his shoulder. There’s a lot of wounds on the back of his head from being hit as well,” Allen described.

Mom of Sylacauga HS student beaten in possible racially motivated assault is speaking out. Hear more from her at 9 and 10 on @WBRCnews . pic.twitter.com/FFmTUkf7Un

The madness and the violence have to stop. The bloodshed and destruction driven by the Black Lives Matter movement have to stop.

We can have political disagreements and voice grievances without beating each other senseless and rioting in the streets. Can’t we?