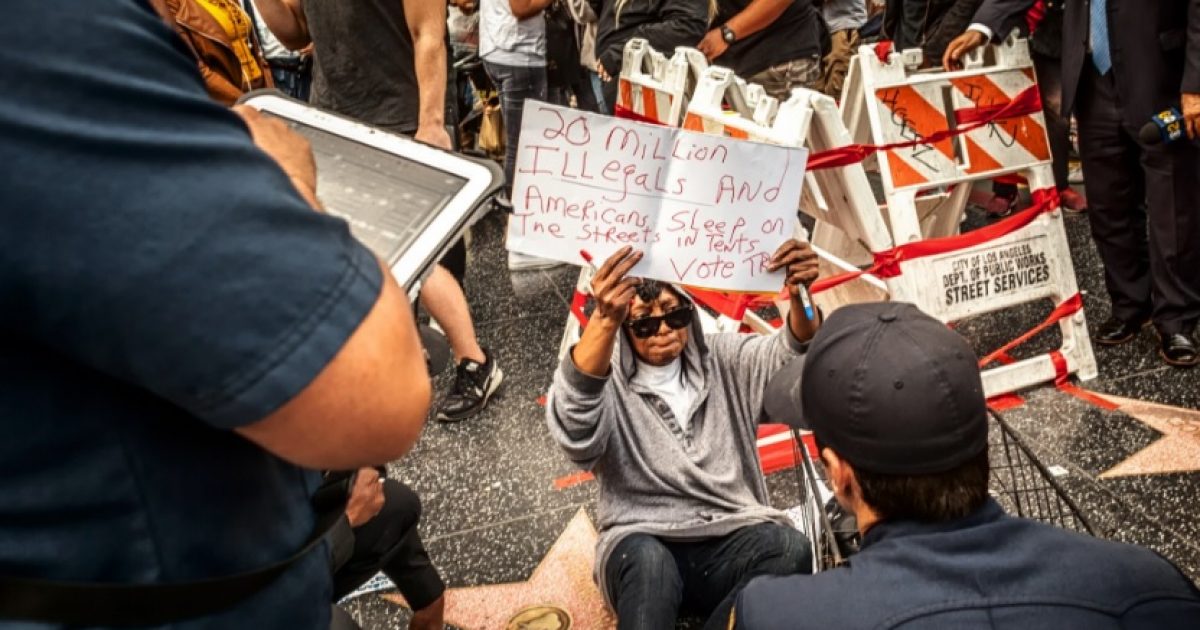 A homeless man is showing his support for Donald Trump by protecting the GOP nominee’s star on the Hollywood Walk of Fame, following an incident of vandalism.

According to the GatewayPundit blog:

A homeless TRUMP SUPPORTER guarded Donald Trump’s star on Hollywood Boulevard from violent Hillary supporters. The man(?) was holding a sign that reads, “20 Million Illegals and Americans Sleep on the Streets in Tents. Vote Trump.”

On Wednesday a violent leftist smashed Donald Trump’s star on the Hollywood Walk of Fame. The culprits used a sledgehammer to destroy Donald’s star.

Hillary Clinton currently holds a 5.2% lead over Donald Trump in the polls, but that gap seems to be closing by the day.

Every single Republican vote is going to count this year.