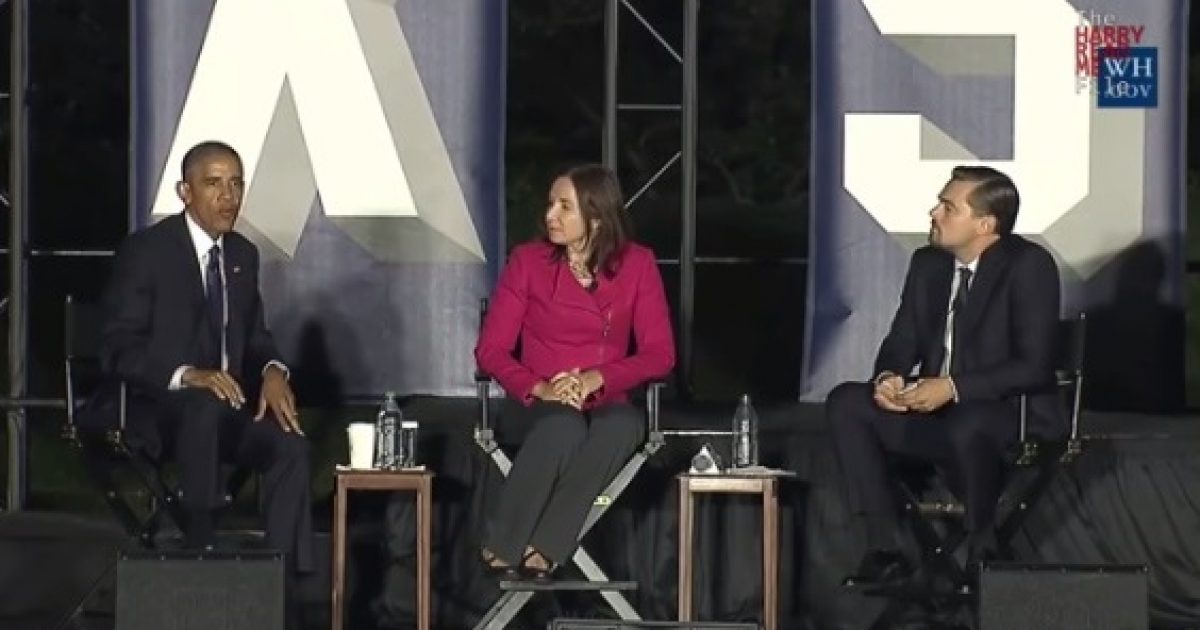 Rather than holding Assad accountable for the brutal civil war in Syria, President Obama has decided to point the finger at …. *drum roll*…. global warming.

President Barack Obama said global warming “contributed” to the Syrian civil war, shifting at least some of the blame for the deadly conflict from the repressive Assad regime to people driving gas-guzzling SUVs.

“There’s already some really interesting work — not definitive, but powerful — showing that the droughts that happened in Syria contributed to the unrest and the Syrian civil war,” Obama said during the South By South Lawn event at the White House Monday.

Obama made the remarks alongside actor Leonardo DiCaprio, who was there to debut his global warming film “Before the Flood.” Obama’s tying global warming into Syria is part of his administration’s effort to make it a national security issue.

Obama also reiterated that he believes climate change is the biggest national security threat facing the United States, not ISIS or radical Islam.

“And, that’s why even as we have members of Congress who scoff at climate change at the same time as they are saluting and wearing flag pins and extolling their patriotism they’re not paying attention to our Joints Chief of Staff and the Pentagon who are saying this is one of the most significant national security threats that we face over the next fifty years,” Obama said.

Secretary of State John Kerry has also said he believes climate change was responsible for the war in Syria.

The idea that global warming caused the horror in Syria is delusional, and frankly insulting to the people of Syria.

Former White House chief of staff Rahm Emanuel used to say, “never let a good crisis go to waste.” This is another desperate political move from the White House to advance Obama’s war on energy by any means possible.