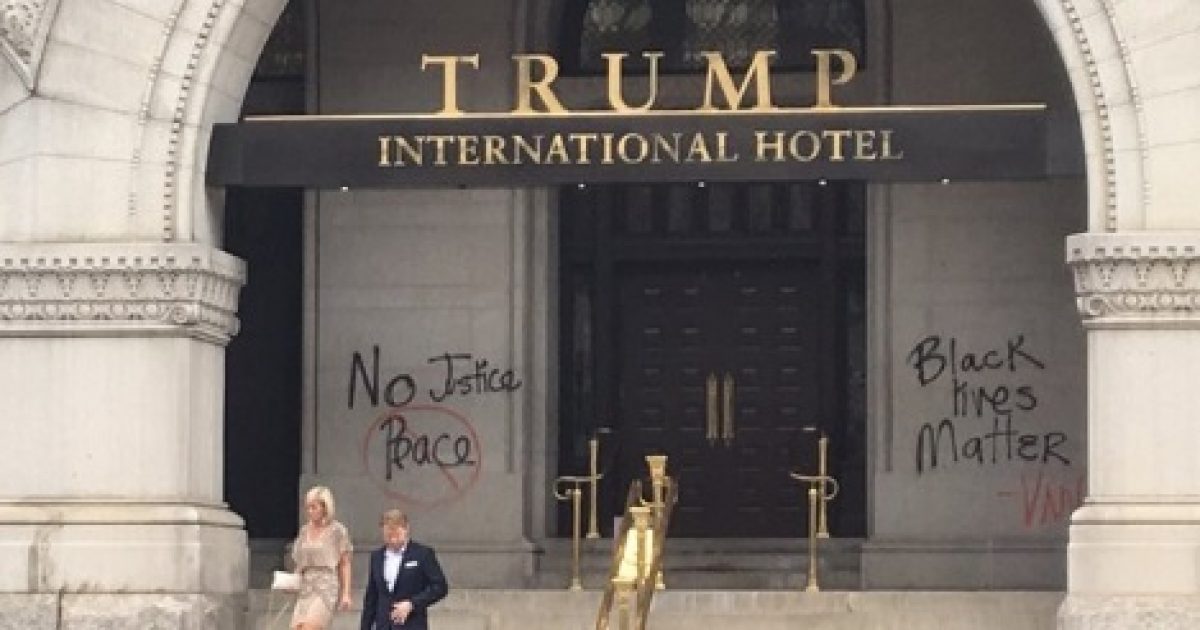 According to Gateway Pundit:

Black Lives Matter activists are responsible for millions of dollars of public destruction and dozens of attacks on police and innocent pedestrians.

The liberal mainstream media totally IGNORED the attack. A Google search on “Trump International Washington DC” finds only one article on the vandalism – by conservative media outlet Independent Journal Review.

Donald Trump has already established himself as the law and order candidate. When will Hillary Clinton publicly denounce the criminal activity of the Black Lives Matter movement?

Make no mistake- if a Trump supporter spray painted buildings in D.C. that said “Make America Great Again,” it would be the top story on all major networks. Once again, the mainstream media is shamelessly doing damage control for the Democratic Party during an election year.