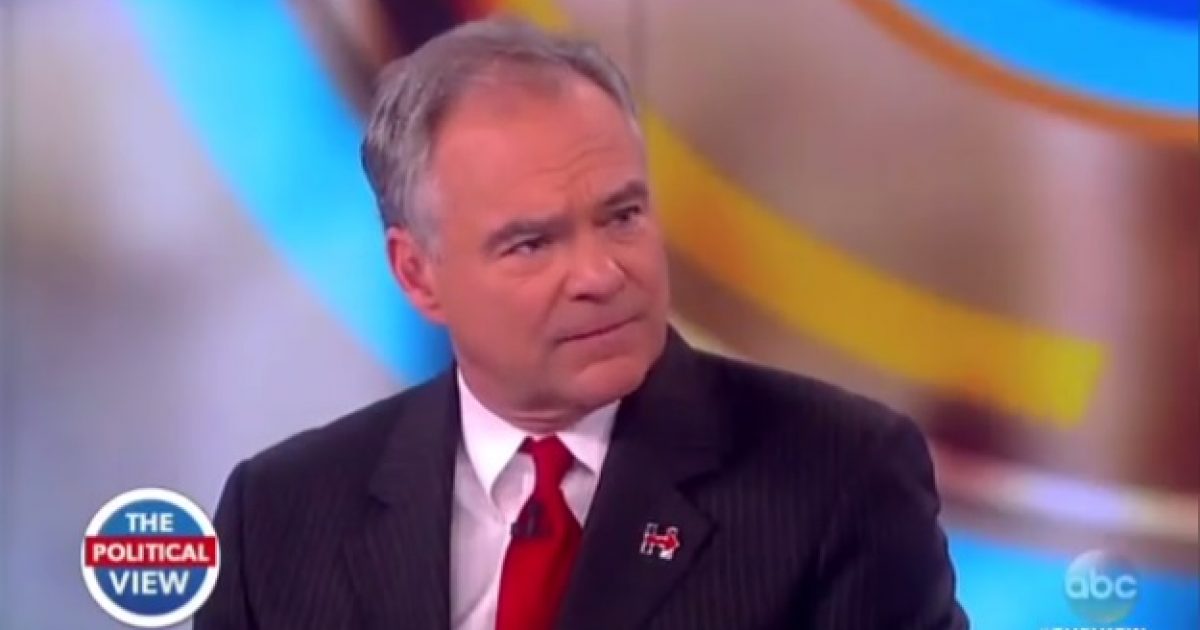 Hillary Clinton is so dishonest, even her running mate hesitates to call her “trustworthy.”

Sen. Tim Kaine (D., Va.) avoided calling running mate Hillary Clinton “trustworthy” on Thursday during an appearance on The View. Kaine, vice-presidential candidate for the Democratic Party, did not directly address host Jedediah Bila’s question about whether or not Clinton was trustworthy. He instead turned the discussion to Clinton’s passion for healthcare reform. Kaine claimed that Clinton’s work on healthcare demonstrated her sterling character, but evaded any confirmation of her trustworthiness.

Bila raised the issue of trust in connection with recent Wikileaks releases, which have led Clinton to admit to having a “public and private persona when talking about issues” and “that she may have gotten debate questions ahead of time.” Bila then asked Kaine what he would say to voters who doubt that she can be trusted. Kaine responded by attacking the validity of the Wikileaks releases.

Hillary Clinton has been caught in so many lies and deceptions, it’s impossible to defend her character.

Between a rock and a hard place, Tim Kaine chose the classic politician’s strategy: When in doubt, change the topic!

You can watch a clip of Kaine stumbling through the interview here: