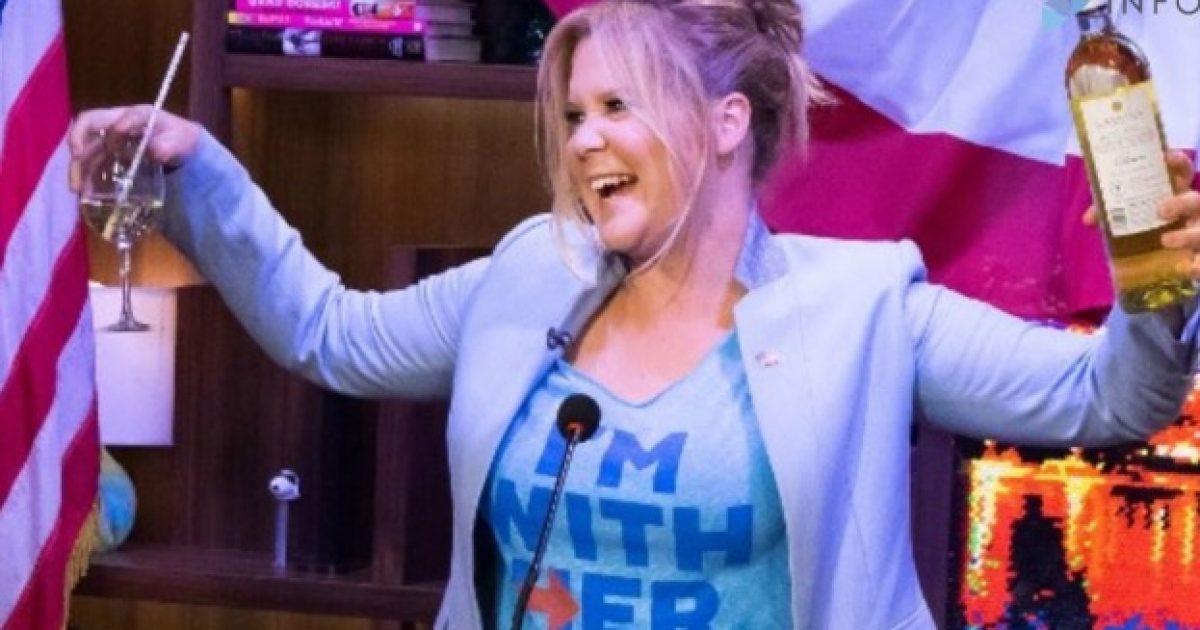 Democrats live in the world of double standards. Progressives believe it’s okay to say mean and crude things about a public figure, so long as it’s a Republican. They are defenders of free speech, until it’s critical of progressive values- then it’s “over the line.”

This liberal hypocrisy was on full display at Amy Schumer’s latest comedy show.

According to the Tampa Bay Times:

About 200 people walked out of Amy Schumer’s comedy show at the Amalie Arena in Tampa Sunday when she mocked Donald Trump as, among other things, an “orange, sexual-assaulting, fake- college-starting monster.”

Loud booing from a vocal, but small minority of the arena crowd started about halfway through the show, when Schumer’s raunchy humor veered into more topical matters topics, including gun control and the presidential election. She has been a vocal advocate for stricter gun laws since a man opened fire during a showing of her movie Train Wreck last year, killing two young women, Mayci Breaux and Jillian Johnson, in Louisiana, and was an early Hillary Clinton supporter.

She made it clear she doesn’t understand how people can support Trump. At one point, she asked for a Trump supporter – preferably one with sleeves, she told security personnel – to join her up on stage to explain their enthusiasm for Trump. One fellow did, but he said he was voting for Trump mainly because he doesn’t trust Clinton. When some audience members booed, the actor/comedian invited them to leave and also asked security to remove anyone booing.

It’s usually hard to escape politics during a presidential election year, but it seems harder than ever this cycle. If Amy Schumer is going to ostracize half of her audience by attacking their political beliefs, she shouldn’t be surprised when the crowd starts to turn on each other.