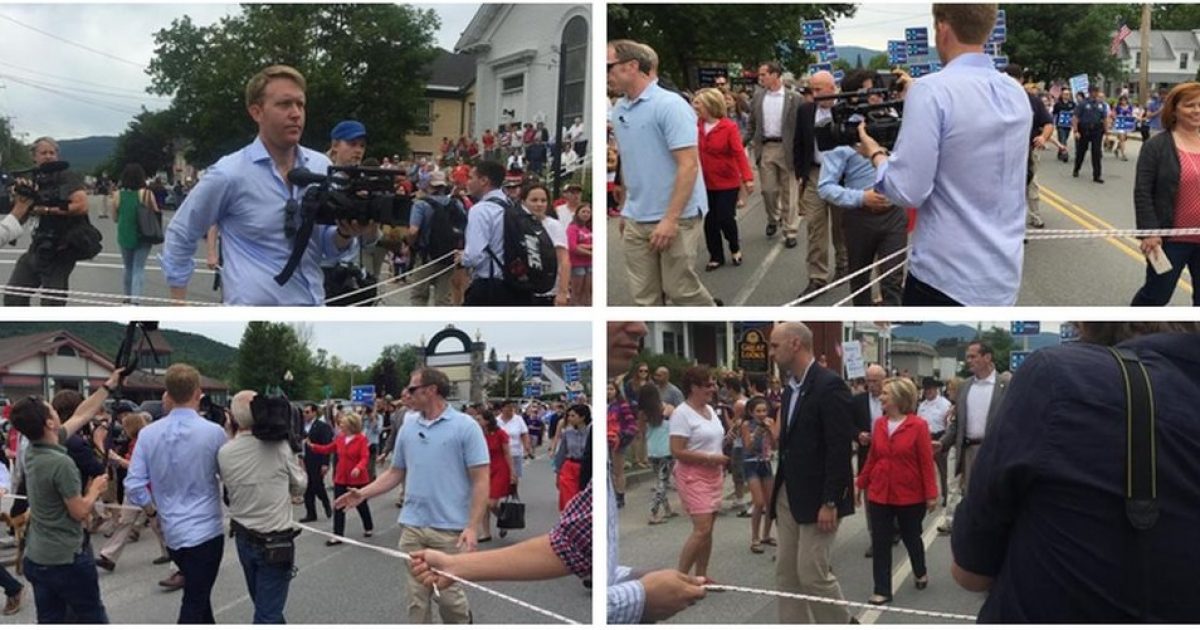 We have long known the mainstream media is in the tank for Hillary Clinton. Finally, we have the evidence to prove it.

Hillary Clinton spent time in summer 2015 with The New York Times reporter Mark Leibovich and made a crack about 2008 Republican presidential candidate Sarah Palin. But the remark didn’t make it into the long profile. Leibovich agreed to give the Clinton campaign veto power over the statements she made.

The revelation comes in Part III of a massive email release from WikiLeaks. Leibovich evidently gave the campaign the ability to ax quotes as part of a deal for access.

It seems Hillary was also getting presidential primary debate questions in advance, thanks to interim DNC chair Donna Brazile.

Donna Brazile, the current head of the Democratic National Committee, appears to have tipped the Clinton campaign off to a question about the death penalty that was going to be asked during a CNN town hall in March, newly released emails show. “From time to time I get the questions in advance,” Brazile wrote in an email to Clinton campaign communications director Jennifer Palmieri on March 12.

…Clinton was indeed asked about her stance on the death penalty during a CNN-hosted town hall the next day in Columbus, Ohio. Ricky Jackson, a former death row inmate who was exonerated after serving 39 years in an Ohio prison, asked Clinton the question.

…The revelation of Brazile’s help for Clinton is ironic given the circumstances by which she came to be interim head of the DNC. She took the position in July after DNC emails released by Wikileaks that month showed that then-chair Debbie Wasserman Schultz was highly critical of Clinton’s primary opponent, Bernie Sanders. The email also undercuts Brazile’s claim throughout the primaries that she was a neutral commentator regarding Clinton and Sanders.

Here is a copy of the leaked email from Brazile: These two examples are just the tip of the iceberg.

These aren’t journalists. They are progressive activists with a big microphone, masquerading as the news.

Wikileaks released almost 2,000 more emails from Clinton campaign guru John Podesta today, so the extent of the media collusion will no doubt look worse by the minute.

Get your popcorn, everybody…..