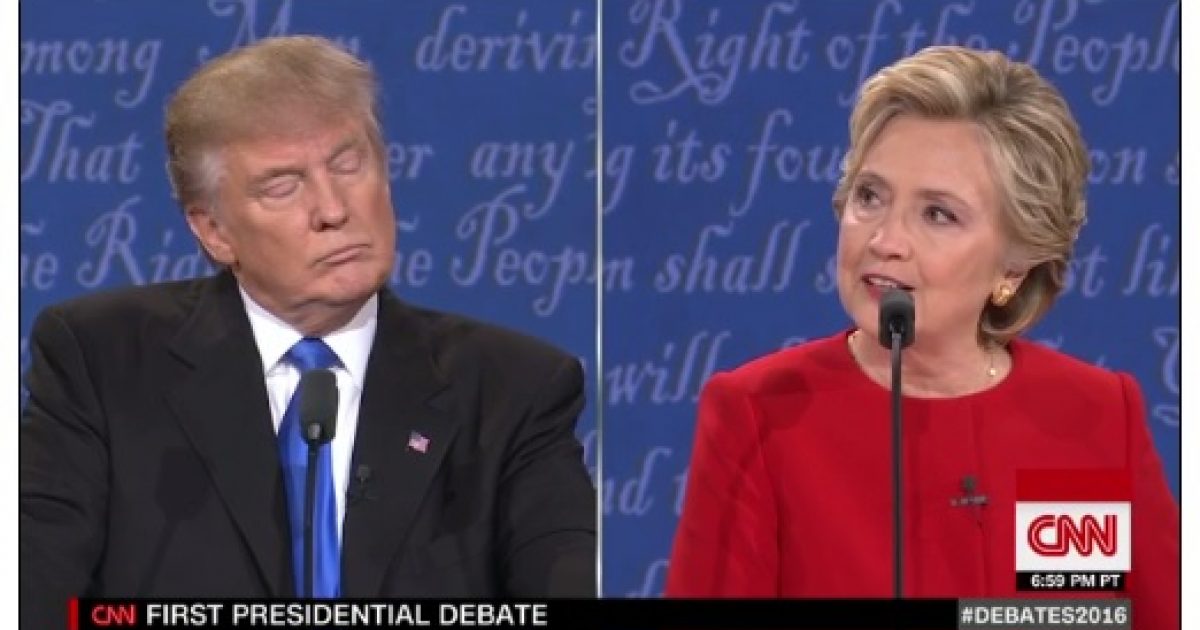 The Republican nominee invited Malik Obama, the president’s half brother, to sit in the audience at tonight’s third and final presidential debate in Las Vegas. Malik Obama lives in Kenya but is an American citizen and reportedly supports Trump. Sources confirmed to ABC News that the Trump team paid for Malik Obama’s trip to the debate.

At the last debate, Trump brought four women who have accused former President Bill Clinton of sexual misconduct. Trump held a press conference with the women — Juanita Broaddrick, Paula Jones, Kathleen Willey and Kathy Shelton — before the debate started, mentioned them during the debate, and his campaign arranged for the women to speak to the press in the spin room after the debate in St Louis. No plans regarding Malik Obama have been formally confirmed by Trump or his campaign.

Clinton has also invited guests to Wednesday’s debate in Las Vegas: CNN reported that the Democratic candidate will be joined by Hewlett-Packard CEO Meg Whitman — who endorsed Clinton despite being a longtime Republican — and Dallas Mavericks owner Mark Cuban, nodding to their business records as a rebuke to Trump’s own assertions about his business success. Other guests to Wednesday night’s debate include:

Pat Smith, whose son Sean was killed in Benghazi and who spoke at the Republican National Convention
Donald Trump’s friend, singer Wayne Newton
Astrid Silva, an undocumented student and Clinton supporter in Nevada
Ofelia Diaz Cardenas, a housekeeper at Trump’s hotel in Las Vegas who co-wrote a critical open letter to the candidate after his comments about a former Miss Universe
Karla Ortiz, an 11-year-old who spoke at the Democratic National Convention about her fear that her undocumented parents would be deported

Lately, Trump has been on Twitter attacking the election system as “rigged” by the media in particular:

Be sure to tune in tonight at 9pm EST to watch sparks fly when both candidates share the stage one last time before Election Day!