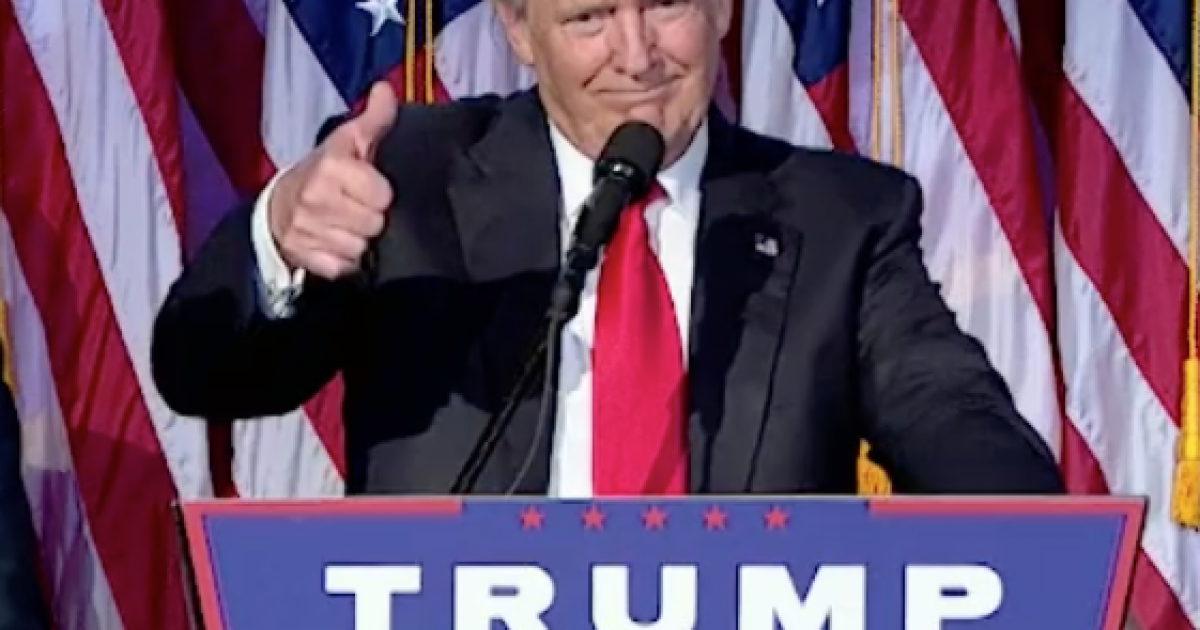 In a stunning rejection of President Obama’s left-wing agenda, the American people elected Donald Trump as president over Hillary Clinton.

Beating all the odds, Americans rallied, prayed and overcame the Democrat machine that was willing to do anything to win.

The headline of The New York Times says it all, “Donald Trump Is Elected President in Stunning Repudiation of the Establishment.”

The story sums it up:

The triumph for Mr. Trump, 70, a real estate developer-turned-reality television star with no government experience, was a powerful rejection of the establishment forces that had assembled against him, from the world of business to government, and the consensus they had forged on everything from trade to immigration.

The results amounted to a repudiation, not only of Mrs. Clinton, but of President Obama, whose legacy is suddenly imperiled. And it was a decisive demonstration of power by a largely overlooked coalition of mostly blue-collar white and working-class voters who felt that the promise of the United States had slipped their grasp amid decades of globalization and multiculturalism.

Congratulations America – we are on the road to prosperity!