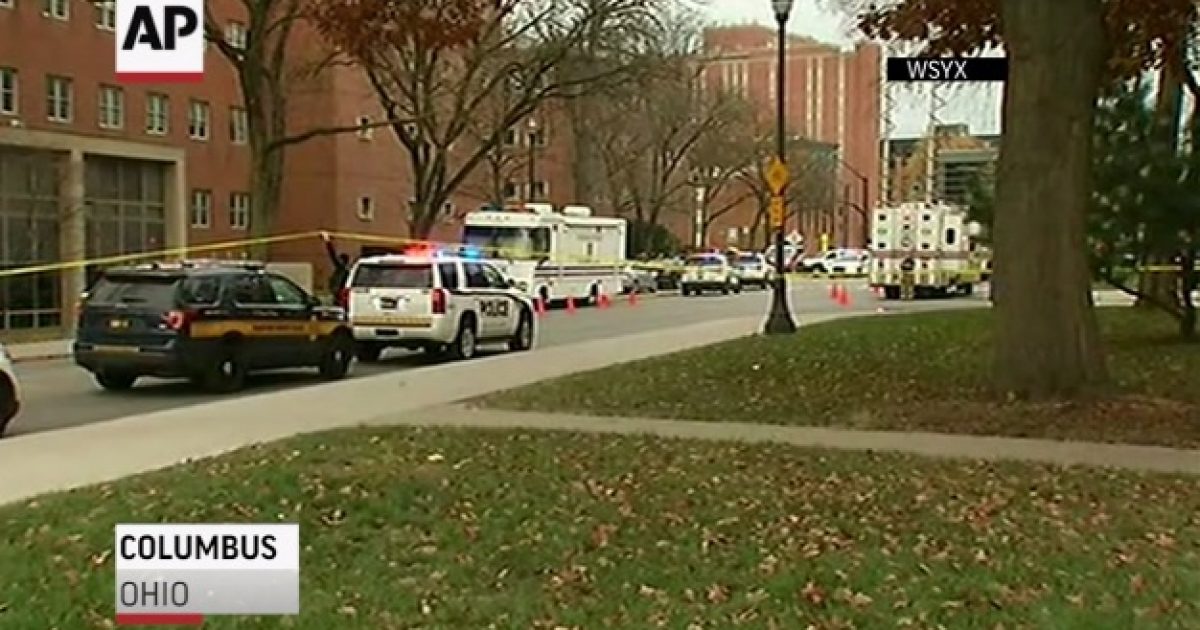 This story is still developing…

According to NBC News, there was a car and knife attack against students and civilians on the Ohio State Campus.

One suspect was killed on the scene, while a second suspect was taken into police custody. The attack left at least 10 people injured.

The incident was initially reported as an “active shooter” situation, but while some of the victims had knife wounds, none had gunshots, a law enforcement official told NBC News. A student also reported seeing a car plow into a crowd. A campus lockdown was lifted about 11:30 a.m. with the university reporting that the “scene is now secure.” Two men were seen being led away in handcuffs, but it was unclear if they were suspects in the incident. A body was seen at the scene, but it was not known whether that was a suspect.

Police had not yet provided a full account of what unfolded, but witnesses described a crowd of students being rammed by a car and then attacked by a knife-wielding assailant. “This car just swerved and ran into a whole group of people,” said Nicole Kreinbrink, who was walking down the street when she saw the car hit people who had evacuated an academic building during a fire alarm. “It hit a cop really bad.”

“All these people were running and screaming and yelling,” she added. Jacob Bowers, an OSU sophomore, was sitting on a bench about 100 feet away when he noticed people running. “Then I heard someone yell, ‘He’s got a knife.’ And I saw a guy with a big-ass knife just chasing people around. When I saw that, I grabbed all my stuff and started running,” Bowers said. Bowers said he looked back to see a police officer on the scene. The officer yelled to the suspect, “Drop it a and get down or I’ll shoot,” and then fired on the suspect, Bowers said. “The man was going insane,” he said.

The motivation behind the attacks are unknown at this time.

Our thoughts and prayers are with the members of the Ohio State community, especially those hospitalized in the incident.