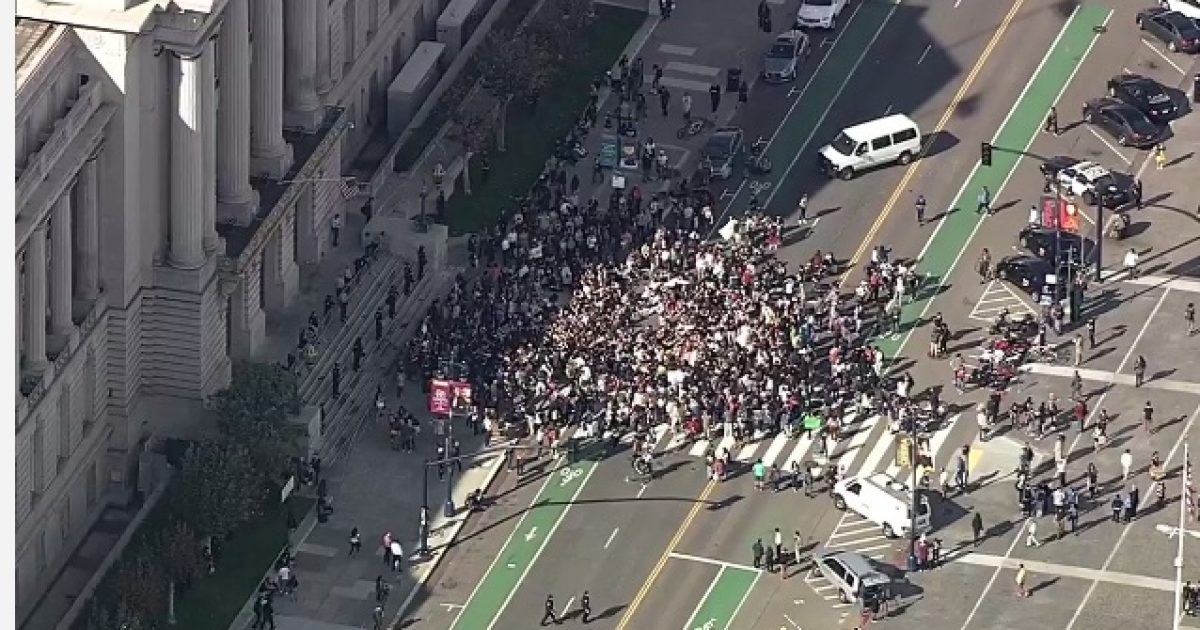 Anti-Trump protests continue for a second day across the country.

The students staged a massive walkout marching throughout the city including outside City Hall, the Embarcadero and San Francisco’s Market Street.

As students from other city high schools streamed out of the Muni metro subway stations, the crowd swelled. Traffic on the busy Embarcadero grounded to a halt as the students marched toward Fisherman’s Wharf.

A statement from the school district said the walkout is considered an unexcused absence and noted families would be notified.

“We recognize our students’ right to free speech and understand their need to use it. The walkout this morning was not authorized by SFUSD staff,” district officials said. “Per our standard protocol, we will be notifying families regarding their unexcused absence through our attendance system.”

Protests also included students at universities where some were coddled with offers of tea, meditation, and safe spaces while some had their tests postponed.

Across the country, universities and even a few high schools organized post-election civil disobedience of a different sort. Some teachers sent notes to students postponing tests and offering support. Student unions offered sessions of meditation, discussions and tea.

Over the course of two days, protests have erupted in New York, Los Angeles, Washington, D.C., Chicago, Philadelphia, Boston, and other cities.