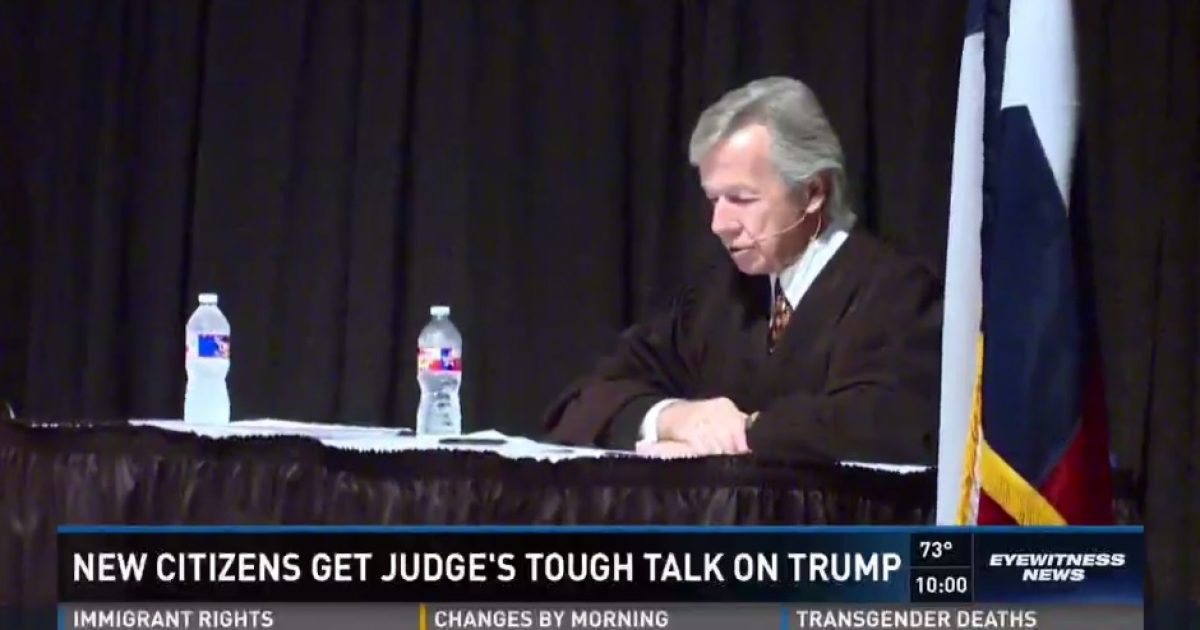 This federal judge didn’t even vote for Donald Trump, but he’s sick of the progressive melodrama surrounding the presidential election results.

Judge John Primomo told attendees at a U.S. citizenship ceremony in San Antonio that citizens need to accept the president-elect, or leave the country.

“I can assure you that whether you voted for him or you did not vote for him, if you are a citizen of the United States, he is your president,” Judge John Primomo said. “He will be your president and if you do not like that, you need to go to another country.”

The room at the Institute of Texan Cultures Thursday night was a melting pot, a collection of hopeful faces now bound together under one flag. During the ceremony, the federal judge presiding over the ceremony talked about Donald Trump’s election. He went on to criticize Americans protestors who carry signs saying ‘He’s not my president,’ including some in San Antonio. Primomo lashed out against NFL players who take a knee during the national anthem.

“I detest that, because you can protest things that happen in this country; you have every right to,” Judge Primomo said. “You don’t do that by offending national symbols like the national anthem and the flag of the United States.”

Judge Primomo may not have chosen his words as gracefully as he should have, but the larger point he was trying to make still rings true: we are a nation of diverse political views and values, but we are Americans first.

It’s time to heal the wounds of a nasty election cycle, and come together as fellow citizens to support our president-elect. If Donald Trump succeeds, America succeeds.