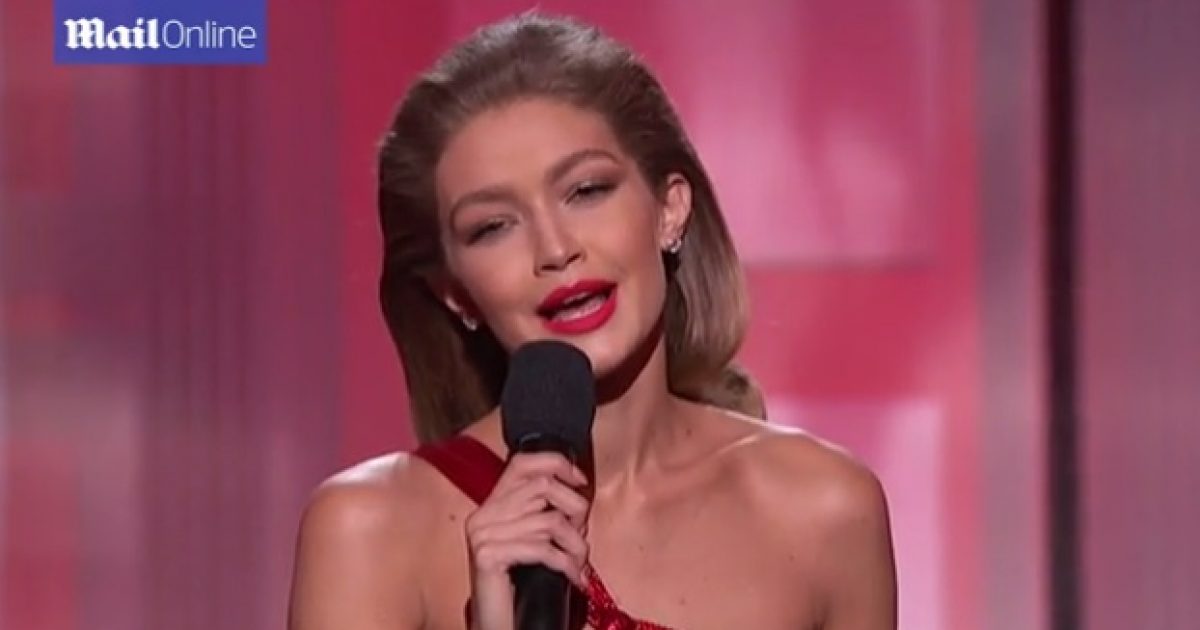 The American Music Awards decided to get political when hosts, presenters, and performers took turns attacking the Trump family.

Co-hosts Gigi Hadid and Jay Pharoah got things started right away with not-so-great impressions of Melania and Donald Trump. “I love my husband, President Barack Obama and our children Sasha and Malia,” Hadid said through pouted lips and a fake accent, mocking Melania’s RNC speech that lifted material from a speech given by Michelle Obama.

The model added she’d been working on her impression all week and tried to “get her face right.” Hadid’s co-host, former “Saturday Night Live” cast member Jay Pharoah, complimented her “spot on” impression before launching into his own impression of the President-elect. “I love Bruno Mars. I don’t know what color he is, so I can’t deport him,” Pharoah said as Trump.

Award presenters Idina Menzel and Mark Cuban also took aim at the Trumps. The pair commiserated about not getting invited to the presidential inauguration, as both were supporters of Democratic presidential candidate Hillary Clinton. And Menzel gave a shout out to the cast of the Broadway show “Hamilton” who were criticized by Trump on Twitter for lecturing Vice President-elect Mark Pence at a performance.

Rock And Roll Hall of Famers Green Day also blasted Trump during the performance of their song “Bang Bang” when lead singer Billie Joe Armstrong sang a new chorus he had written especially for the festivities: “No KKK, no fascist USA, No Trump.”

The Hollywood elite may have gotten a good chuckle out of the roasting, but average Americans weren’t amused. The Daily Mail compiled a list of tweets skewering the impression, accusing the model of being bigoted and disrespectful. Hadid is a second generation American herself.