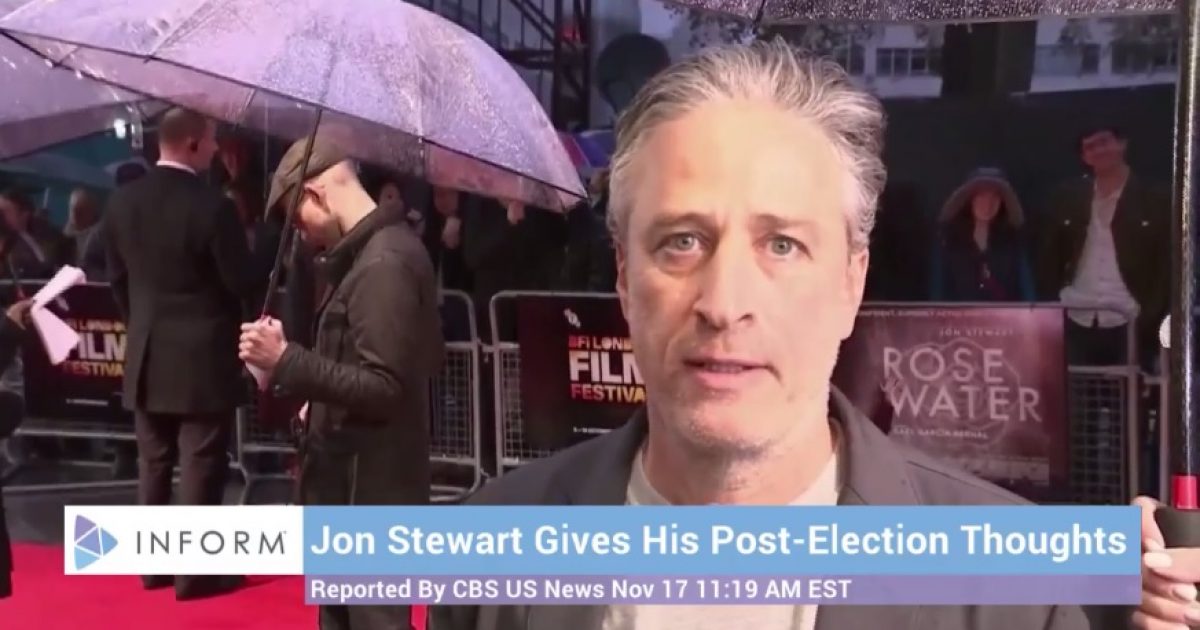 But- then again, 2016 was a strange election cycle, so here we are!

The former Daily Show host exposed the hypocrisy of progressives who label all Donald Trump voters as racist, while simultaneously rejecting stereotypes and institutionalized bigotry.

Mr. Stewart, former host of “The Daily Show,” sat down with CBS’ Charlie Rose in an interview aired Thursday to discuss his new book, “An Oral History” and weigh in on Donald Trump’s stunning Election Day victory.

“I thought Donald Trump disqualified himself at numerous points,” Mr. Stewart said. “But there is now this idea that anyone who voted for him has to be defined by the worst of his rhetoric.

“Like, there are guys in my neighborhood that I love, that I respect, that I think have incredible qualities who are not afraid of Mexicans, and not afraid of Muslims, and not afraid of blacks. They’re afraid of their insurance premiums,” he continued. “In the liberal community, you hate this idea of creating people as a monolith. Don’t look as Muslims as a monolith. They are the individuals and it would be ignorance. But everybody who voted for Trump is a monolith, is a racist. That hypocrisy is also real in our country.”

We shouldn’t expect Jon Stewart to join the small government movement anytime soon, but his reasoned attitude is a welcome example of how to begin healing the nation’s divides after a divisive election year.