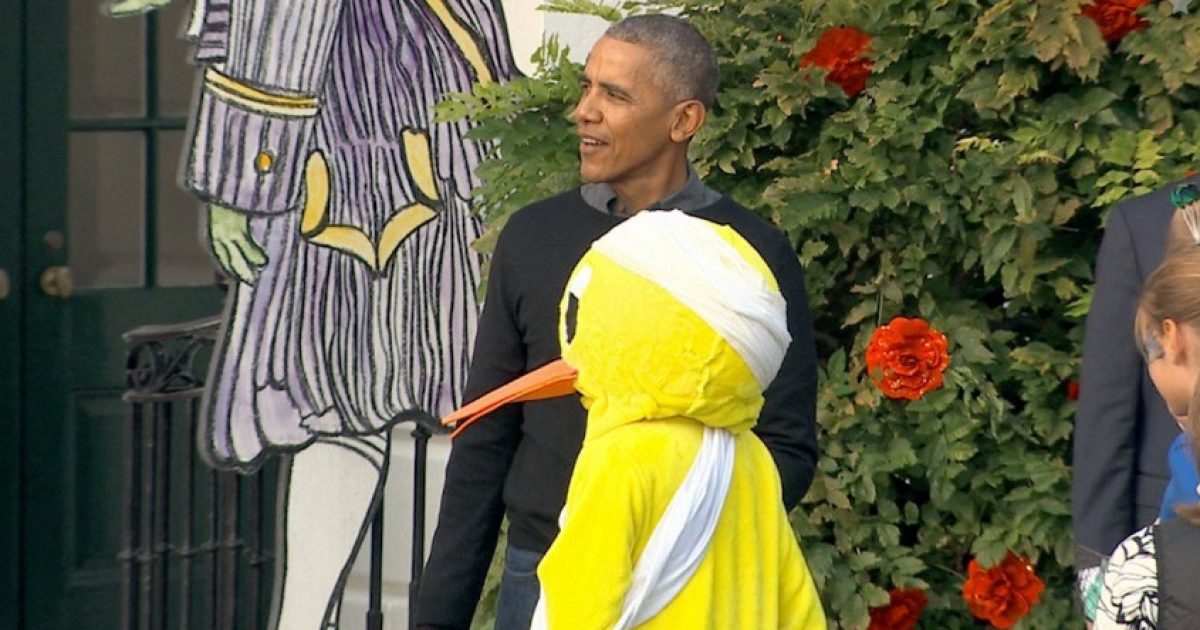 During the annual Halloween event on the White House lawn, one kid showed up to trick-or-treat in a lame duck costume.

Despite the presidential election growing increasingly tense, President Barack Obama has not lost his sense of humor.

Obama was spotted in the White House Rose Garden on Monday posing for a photo op with a child dressed as a lame duck, a title the current president will inherit next week, after the 2016 presidential election ends and a new commander in chief is chosen.

The child was dressed as a duck wrapped with bandages, and was able to take advantage of the photo opportunity during the annual Halloween trick-or-treat event held on the White House South Lawn.

This little kid managed to play a trick and get a treat from the President of the United States. Well played, little kid.