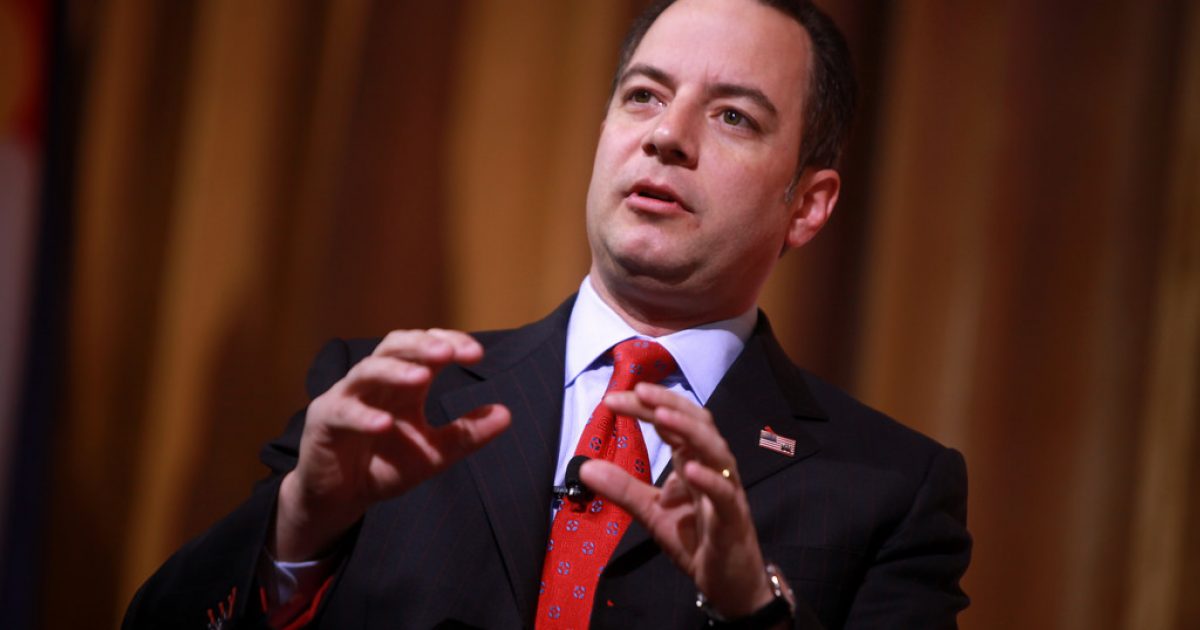 After maneuvering some very tumultuous waters during and through the GOP’s primary season, and then leading his party to what many hailed as an impossible victory, Reince Preibus is in the spotlight yet again.

Trump also announced that campaign CEO Steve Bannon, the executive chairman of Breitbart News, will be his chief strategist and senior counselor.

Trump said that Priebus and Bannon will work as “equal partners” — as they did in the campaign — to make the federal government “much more efficient, effective and productive.”

“Steve and Reince are highly qualified leaders who worked well together on our campaign and led us to a historic victory,” Trump said. “Now I will have them both with me in the White House as we work to make America great again.”

What do you think of Trump’s tapping Priebus? Too close to the establishment, or just what he needs to mend some bridges that may have burned during the election? Let us know in the comments below!