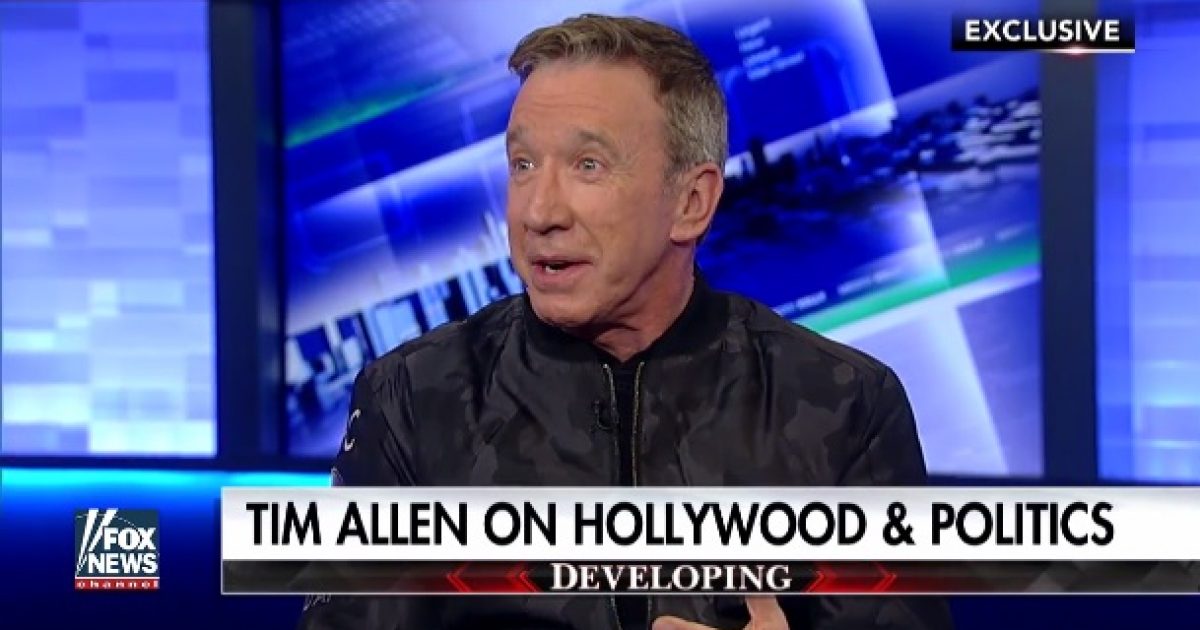 Comedian Tim Allen doesn’t like being told what to do, especially when it comes to politics in Hollywood.

Tim Allen stopped by “The Kelly File” to call out those in Hollywood who are bullying people who support President-elect Donald Trump.

“What I find odd in Hollywood is that they didn’t like Trump because he was a bully,” Allen told FOX News’ Megyn Kelly on Monday night. “But if you had any kind of inkling that you were for Trump, you got bullied for doing that. And it gets a little bit hypocritical to me.”

Tim Allen isn’t the only celebrity sick of the political peer pressure of the entertainment industry. Fellow comedian Jon Stewart also vented to the press about political hypocrisy in Hollywood:

“I thought Donald Trump disqualified himself at numerous points,” Mr. Stewart said. “But there is now this idea that anyone who voted for him has to be defined by the worst of his rhetoric.

“Like, there are guys in my neighborhood that I love, that I respect, that I think have incredible qualities who are not afraid of Mexicans, and not afraid of Muslims, and not afraid of blacks. They’re afraid of their insurance premiums,” he continued. “In the liberal community, you hate this idea of creating people as a monolith. Don’t look as Muslims as a monolith. They are the individuals and it would be ignorance. But everybody who voted for Trump is a monolith, is a racist. That hypocrisy is also real in our country.”

The election of Donald Trump broke the mold in many aspects of modern politics and governing…. maybe it will shake up the status quo in Hollywood too.