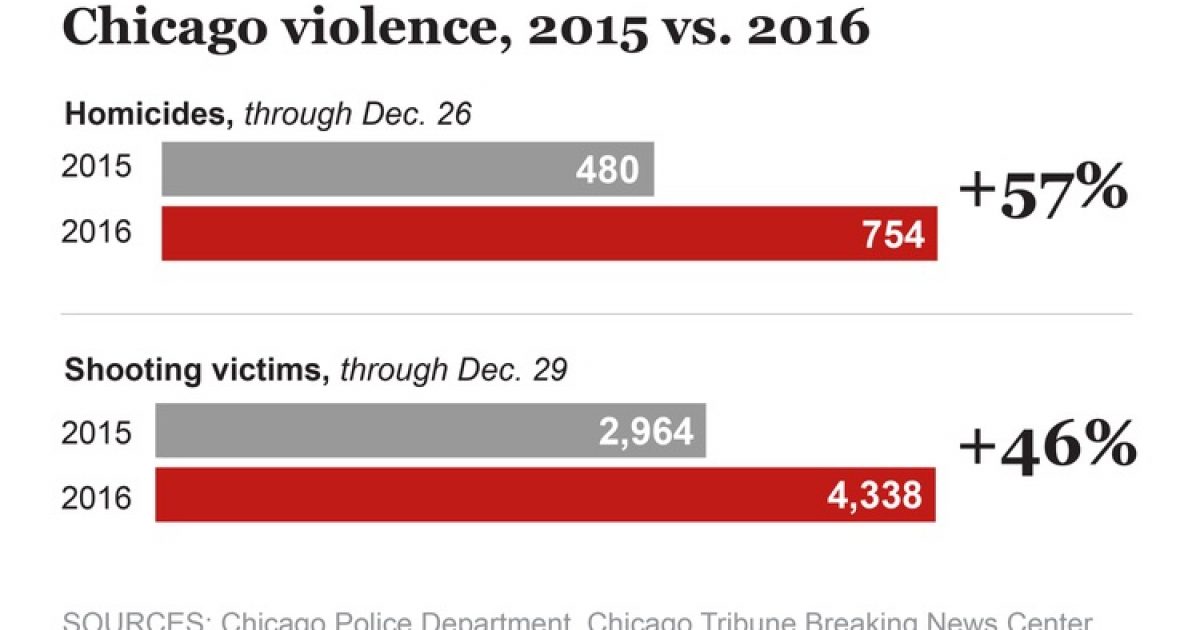 On January 1st, 60 Minutes will broadcast “Crisis in Chicago,” a report that investigates the soaring violent crime wave sweeping the windy city.

According to its analysis, 60 Minutes found a correlation between the rise in violence in Chicago with a significant drop in policy activity.

Chicago ends 2016 with more than 700 murders and over 4,000 people shot – the worst bloodshed the city has seen in 18 years. Data obtained by 60 Minutes shows that while gun violence spiked, police activity dropped in all 22 of Chicago’s police districts.

The data, requested through the Freedom of Information Act, shows a decline in the type of police work officers say is critical to curbing crime: stops and arrests. In August of 2015, Chicago cops stopped and questioned 49,257 people. But, a year later, stops dropped 80 percent and arrests fell by a third.

One reason cited for the reduced policing is concerns by officers that they will be the subject of public outrage from executing their public safety roles.

“In a climate of increased scrutiny, a dozen beat cops and recently retired officers told 60 Minutes, off-camera, they’d stepped back and the data reflects that.”

Indeed, officers have told the Tribune that morale was lower this year. Officers described taking a more cautious approach to their work, concerned they could end up in a viral video, sued or fired.

The Tribune chronicled two key measures that appeared to show cops scaled back on their interaction with the public. Arrests, which have generally been on the decline in recent years, dropped sharply through Dec. 25 to 84,644, a 24 percent decrease from 111,499 a year earlier and the fewest in at least five years, according to official police statistics.

Over that same period, street stops — in which officers stop people on foot and document the interaction — have plunged to 106,570, down 82 percent from 599,590 a year earlier. Officers complain a longer, time-consuming form that police must fill out for each stop has played a significant part in the drop.

The national attention and scrutiny focused on police nationwide by President Obama and Black Lives Matter is a reason for police pulling back and the increase in violence.