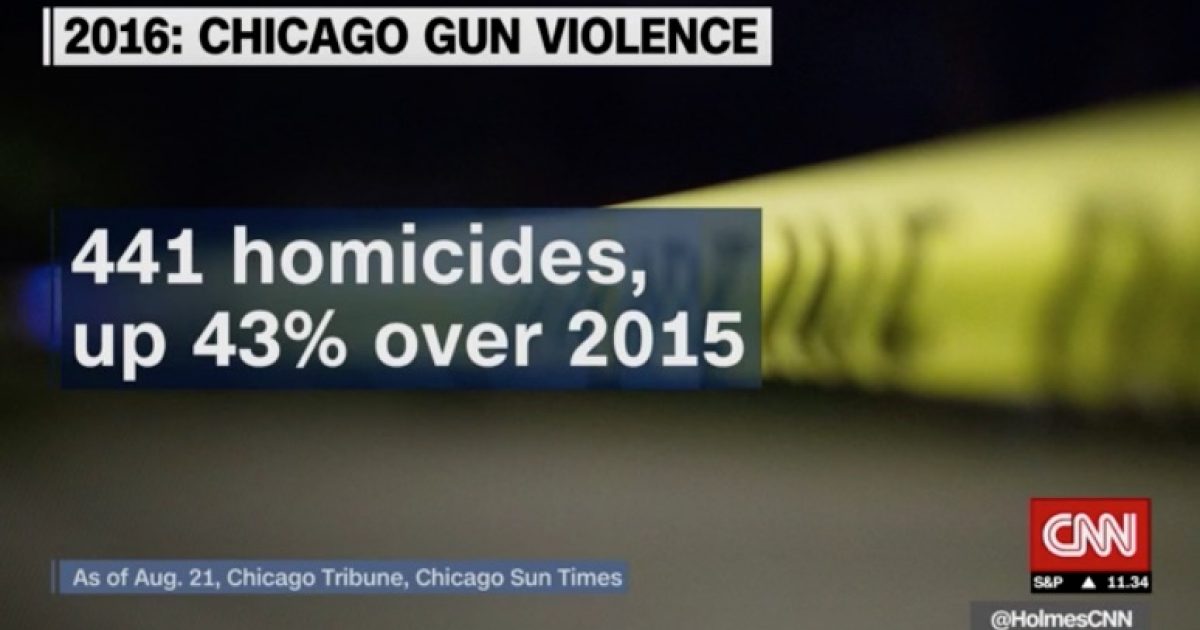 2016 was a deadly year in Chicago highlighted by a shooting rampage over the Christmas weekend.

According to the Chicago Tribune, “A total of 61 people were shot in the city during the holiday weekend and 11 of them died of their wounds.”

Writing in The New York Post, Heather McDonald ties the increased gun violence to police pulling back from normal policing activity because of complaints from Black Lives Matter.

If there’s any silver lining to the violence, it will be if it acts as a wake-up call regarding the de-policing and decriminalization movements sweeping the country. Chicago is Exhibit A in what happens when the police back off from enforcing public order, having been told that maintaining control of the streets constitutes racial oppression.

Arrests are down 28 percent this year in the Windy City, the lowest since at least 2001, according to the Chicago Sun-Times, and less than half what they were in 2010. Drug arrests are down by half. Pedestrian stops were down 82 percent by early fall.

If the anti-cop activists and academics were correct, this drop in enforcement should have been a boon for minority areas. Those activists maintain, after all, that cops gratuitously harass residents there for insignificant behavior and throw harmless sad sacks in prison for possessing a joint’s worth of weed. The anti-cop forces particularly vilify Broken Windows policing — aimed at quality-of-life offenses like disorderly conduct, street drug trafficking and loitering.

McDonald notes that the vast amount of people shot were black with a very small percent by police.

It’s ironic that the actions of Black Lives Matter to protect blacks from police is having the opposite effect.

Let’s hope the new Trump administration will shed light on the dangers of de-policing urban areas.