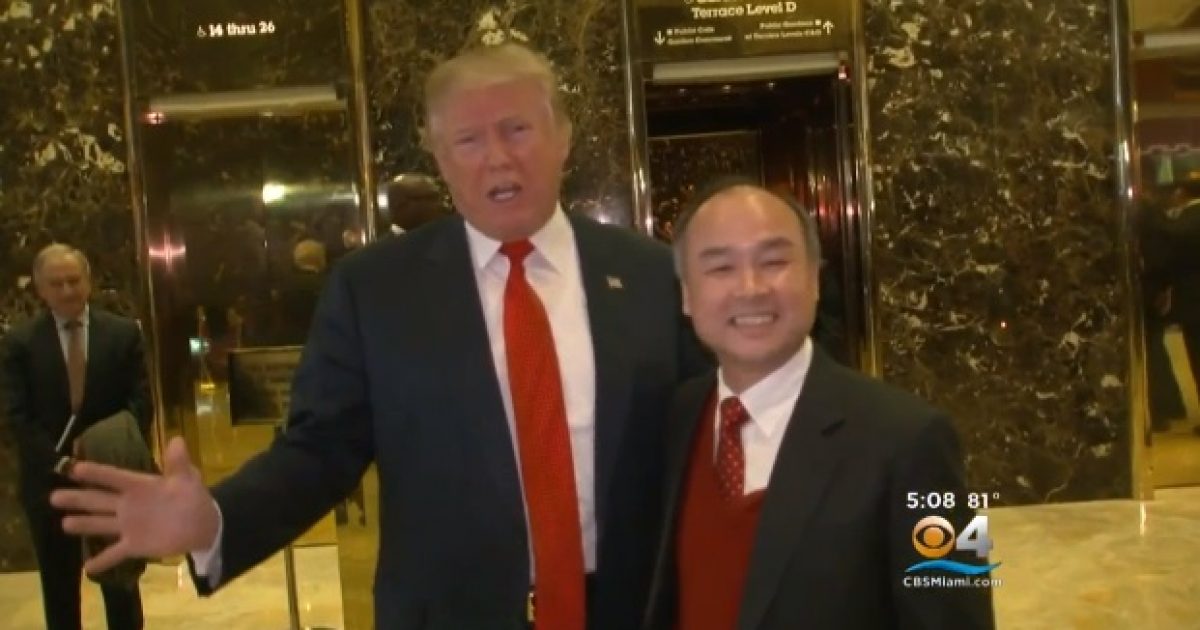 President-elect Donald Trump is already making good on his campaign pledge to get America working again. Trump negotiated a deal with the founder of SoftBank, Masayoshi Son, that would invest $50 billion and create an estimated 50,000 jobs in the United States.

According to The New York Times:

The brash and outspoken founder of SoftBank, Masayoshi Son, has long been known for his outsize ambitions, from taking on the United States’ biggest telephone companies to creating a $100 billion fund for technology deals. On Tuesday, Mr. Son, a Japanese mogul, struck another big pledge after meeting with President ­elect Donald J. Trump: to invest $50 billion in the United States, a move that he said would create some 50,000 jobs.

But the $50 billion investment pledge is not an entirely new initiative that SoftBank is undertaking. Instead, the money is projected to come from the Japanese company’s previously announced Vision fund, a $100 billion vehicle for investing in technology companies worldwide.

… In speaking with reporters alongside Mr. Trump on Tuesday, Mr. Son clutched what appeared to be a presentation from the meeting. One page featured the logos of both SoftBank and Foxconn, the Taiwanese manufacturing giant that makes parts for the iPhone. On the page — and circled — was the text committing to investing $50 billion in the United States and generating 50,000 jobs over the next four years.

Below it appeared to be Mr. Son’s signature.

Masa said he would never do this had we (Trump) not won the election!