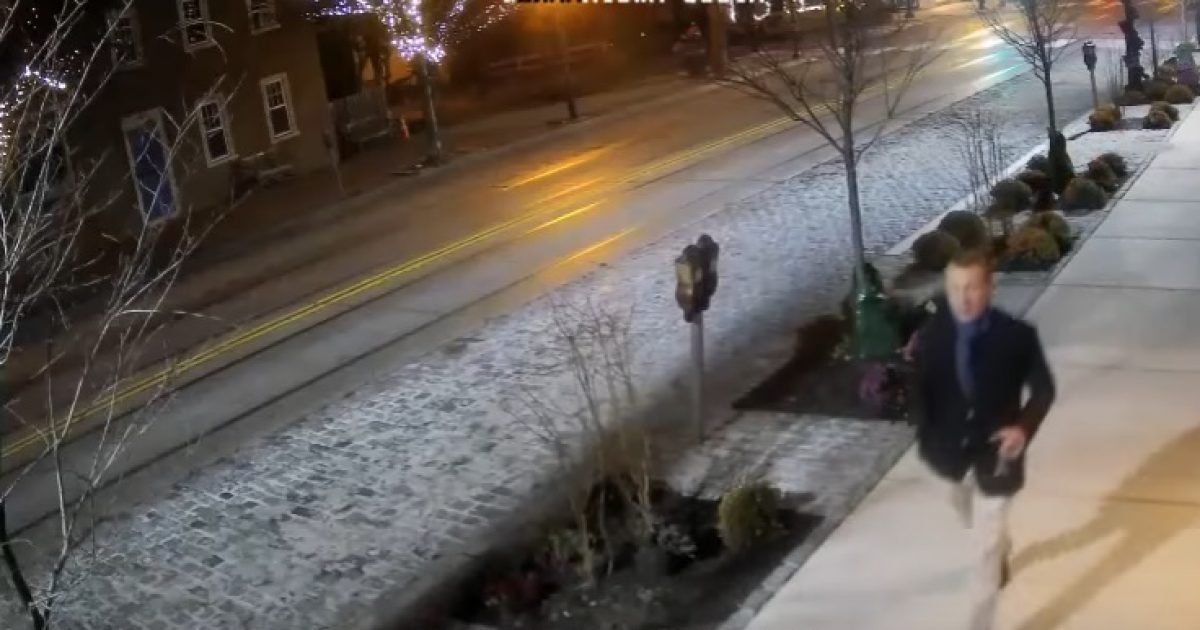 Philadelphia officials identified and caught a vandal spray painting anti-Trump slurs in the city. The culprit?

Surveillance video released by Philadelphia law enforcement appears to show that a city attorney was involved in an act of anti-Donald Trump vandalism Friday. The Philadelphia Police Department’s Northwest Division originally posted the video to YouTube to attempt to locate the perpetrators, who spray-painted the message “F— Trump” onto a grocery market wall. Police estimated that the damage is between $3000 and $10,000 “due to the composition of the stone used during the construction of the facade.”

What police likely did not expect is that one of the men– seen sipping from a glass of red wine and wearing a blazer– would turn out to be Assistant City Solicitor Duncan Lloyd.

Lloyd’s superiors confirmed to The Philadelphia Inquirer that he was the man in the video. “We do not condone this type of behavior from our employees,” said First Deputy City Solicitor Craig Straw. “To my knowledge, Mr. Lloyd has already contacted the Philadelphia police and is cooperating with them. We will decide on a course of action once we obtain more information about the investigation.”

Meanwhile, the city’s Republican Party is having a field day. “If the image of an upper-middle-class city attorney clad in a blazer and sipping wine while vandalizing an upscale grocery store with an anti-Trump message strikes you as perhaps the most bourgeois sight imaginable, that’s because it is,” said chairman Joe DeFelice.

This is just too perfect: