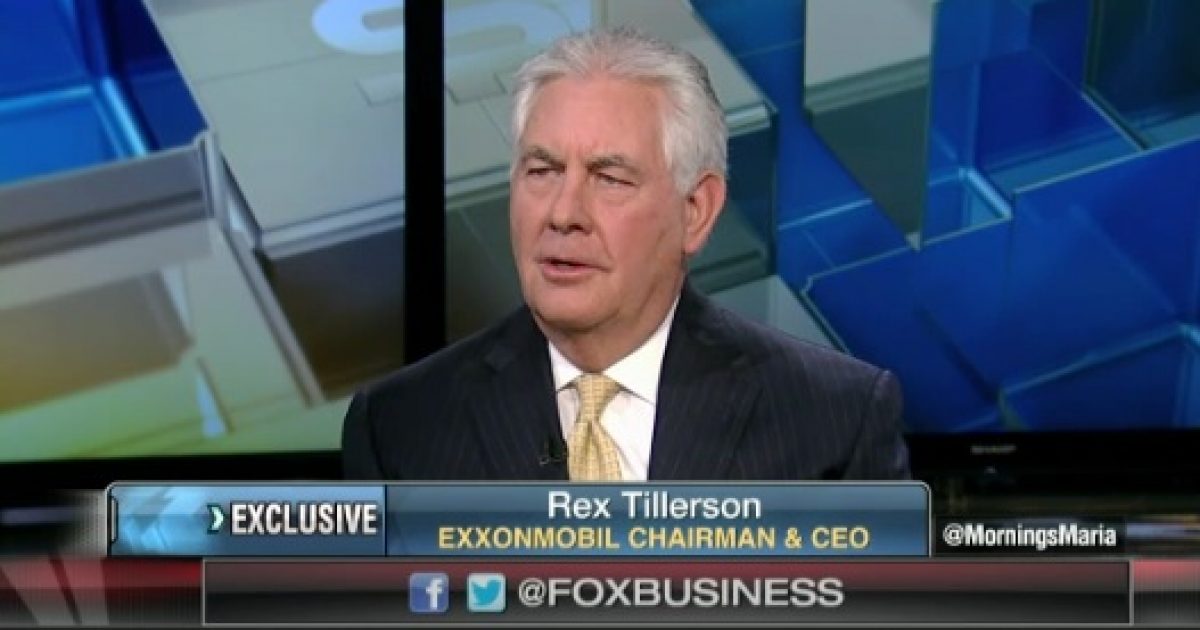 In yet another bold cabinet pick sure to infuriate liberals everywhere, President-elect Donald Trump is reported to have decided Rex Tillerson, CEO of Exxon Mobil, to serve as his Secretary of State. NBC News was the first to report the pick, saying the information has been confirmed by “two sources close to the transition process.”

As our friend Sean Hannity noted on his site,

The 64-year old Tillerson took over at Exxon in 2006. He has no previous government or diplomatic experience.

Despite his lack of official government experience, Mr. Tillerson does have experience dealing with foreign governments, as Exxon Mobil operates in dozens of countries.

According to the same report, former U.N. Ambassador John Bolton will serve as Tillerson’s deputy Secretary of State, with “Bolton handling day-to-day management of the department.”

According to Trump spokesman Jason Miller, no official announcement will be made until next week at the earliest.

What do you think of Trump’s latest cabinet pick? Let us know in the comments!