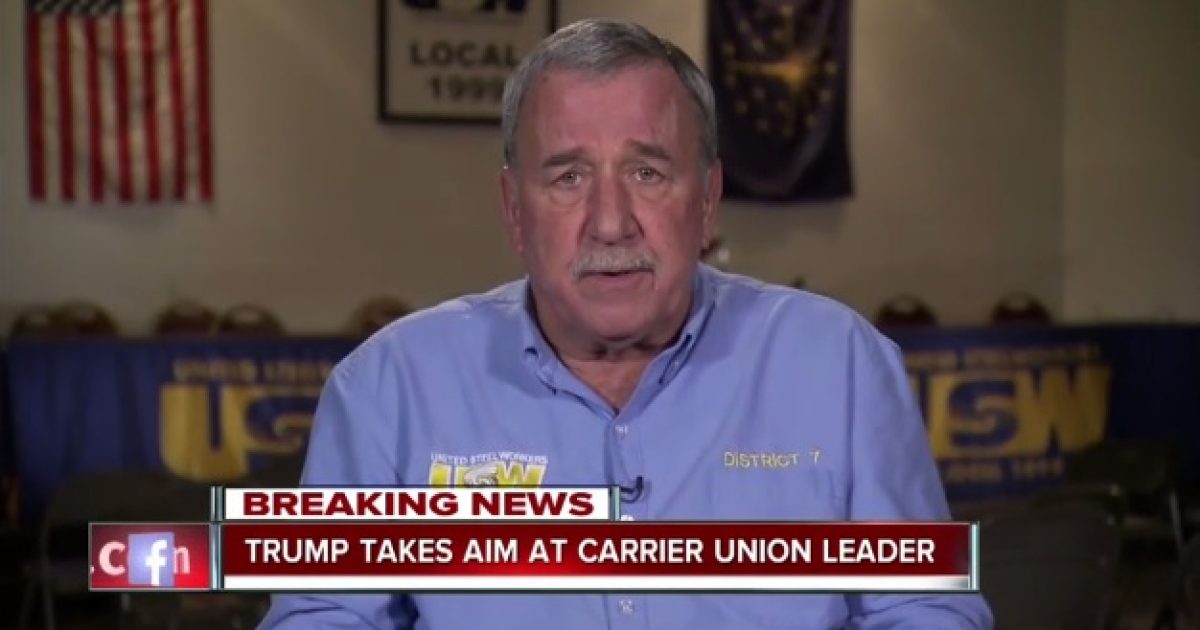 When Donald Trump pledged to “drain the swamp,” he expected to make a couple of enemies along the way. His latest adversary? Chuck Jones, an Indiana union leader who accused the president-elect of lying about the number of jobs saved by the Carrier deal.

Donald Trump’s latest Twitter target is Indiana union leader Chuck Jones. After sparring with Boeing over the allegedly soaring cost of the next Air Force One, President-elect Trump is now in a social media clash with the head of United Steelworkers 1999 – after Jones criticized his deal to discourage air conditioner manufacturer Carrier Corp. from closing an Indiana factory and moving jobs to Mexico.

… Jones’ branch of USW represents workers at Carrier’s Indianapolis plant. Trump last week announced a highly touted deal to save American jobs there – which ostensibly boosted the president-elect’s campaign narrative as a jobs creator, while also raising questions about the government’s role in the arrangement offering tax incentives.

Chuck Jones, who is President of United Steelworkers 1999, has done a terrible job representing workers. No wonder companies flee country!

If United Steelworkers 1999 was any good, they would have kept those jobs in Indiana. Spend more time working-less time talking. Reduce dues

Trump’s use of Twitter has forever changed the way individuals and interest groups will communicate with the White House.

While it provides citizens with unprecedented levels of accessibility to the future President of the United States, it also serves as a temptation for Trump to punch down.