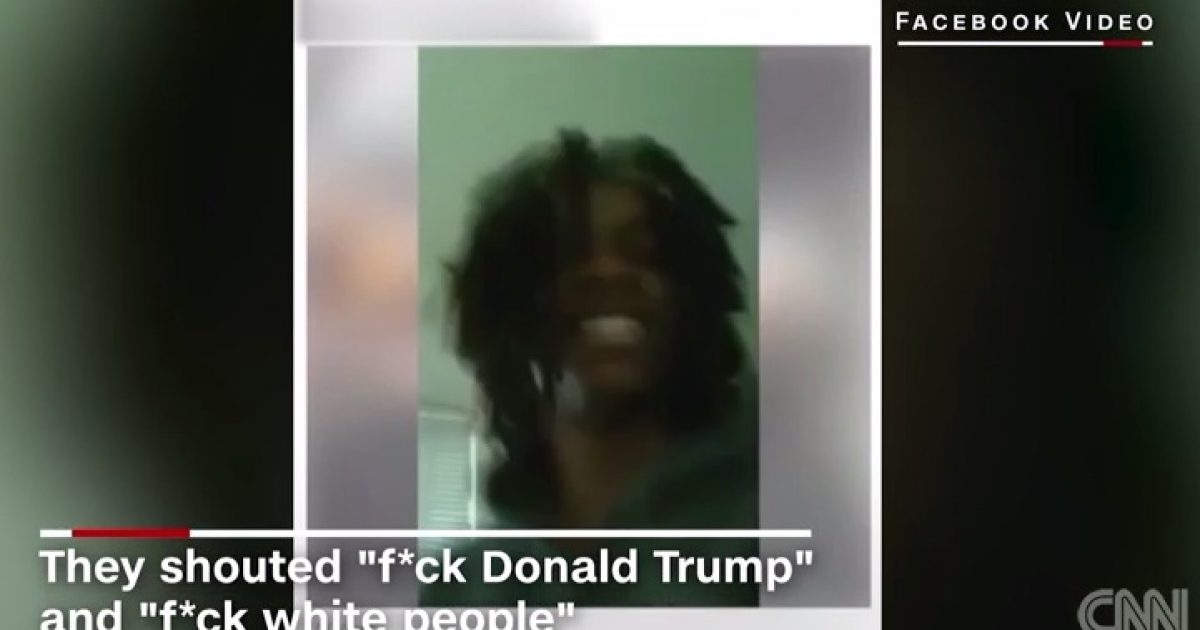 Outrageously, the city of Chicago is again displaying its deplorable core.

Investigators believe the horrible incident carried on for up to 48 hours. During that time the video shows the victim was kicked, his scalp cut with a knife and was forced to drink water from a toilet.

A suspect intended for the video to go viral.

This sickening act is a result of left-wing propaganda that promotes the false narrative that President-elect Donald Trump is a racist and so-called “whiteness” got him elected.

Such potent propaganda falls on the fertile ground of Chicago – a city riddled with crime and absence of morals.