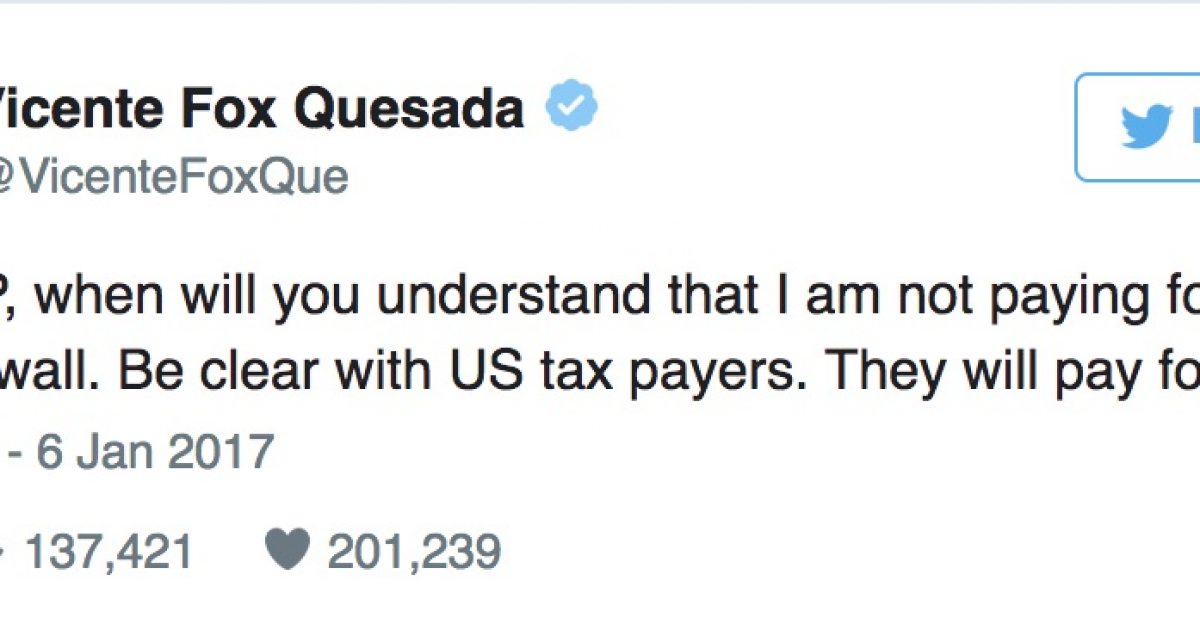 Trump Tweeted that the border wall will be paid for by Mexico and that was enough to send Fox over the edge.

The incident started when CNN reported that Trump was seeking Congressional funds to pay for the wall between the U.S. and Mexico. CNN interpreted that development as Trump breaking a campaign promise that Mexico would pay for the wall.

President-elect Donald Trump’s transition team has signaled to congressional Republican leaders that his preference is to fund the border wall through the appropriations process as soon as April, according to House Republican officials.

The move would break a key campaign promise when Trump repeatedly said he would force Mexico to pay for the construction of the wall along the border, though in October, Trump suggested for the first time that Mexico would reimburse the US for the cost of the wall.

Fox is attempting to remain relevant with those opposed to Trump’s plan in Mexico and the U.S. but his actions are not only totally inappropriate from a former president it’s going to backfire.