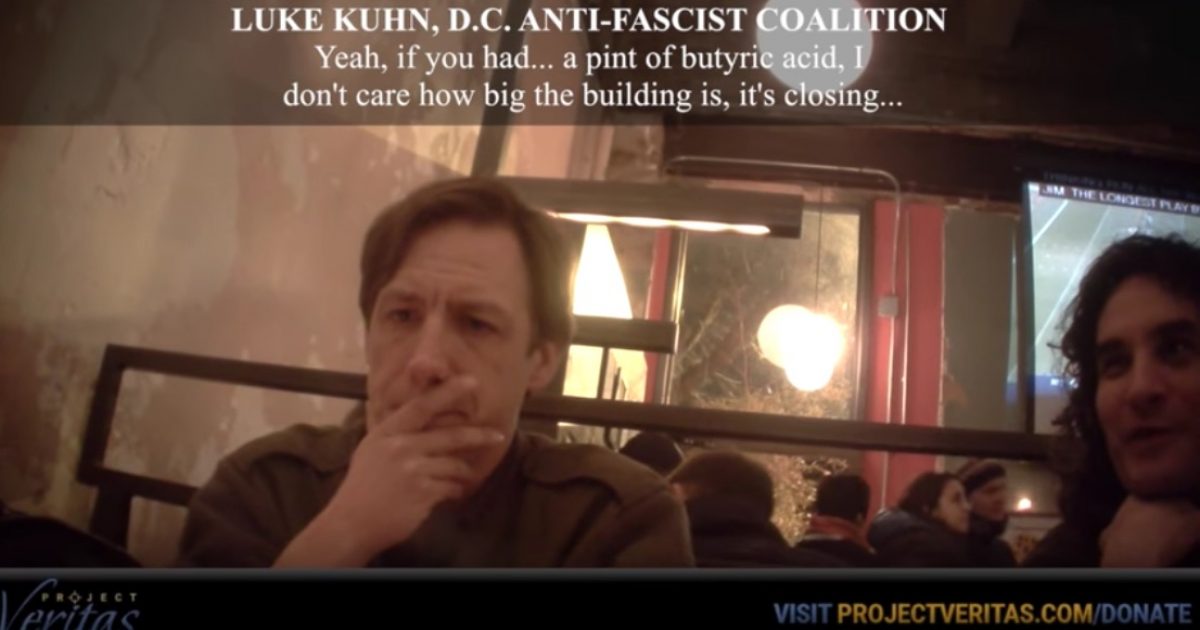 Left-wing activists were exposed for plotting to disrupt and shut down president-elect Donald Trump’s inauguration ball.

“I was thinking of things that would ruin their evening, ruin their outfits and otherwise make it impossible to continue with their plans. So they get nothing accomplished,” said a man identified in the video as Scott Green, a leader of the D.C. Anti-Fascist Coalition, in the undercover video.

Another activist, identified as Luke Kuhn, says during a sit-down at the Comet Ping Pong pizza joint in Washington, D.C., “If you had a pint of butyric acid, I don’t care how how big the building is, it is closing,” to which Mr. Green responds, “And this stuff is very efficient, it’s very, very smelly and it lasts a long time.”

“I’m trying to think through how to get all the sprinklers to go off at once,” says an activist identified as Colin Dunn, adding that he wants to be sure the vandalism is “made to look like an accident.”

“And you add the benefit, everybody is going to walk outside in the freezing cold,” he said.

Another leftist was caught on video alleging to retaliate against the police and Washington, D.C. city government should they try to shut down their efforts:

“The message has to be, we do not recognize the city government either. If you try to close us down we will look for your house, we will burn it. We will physically fight the police if they try to steal one of our places. We will go to war and you will lose.”