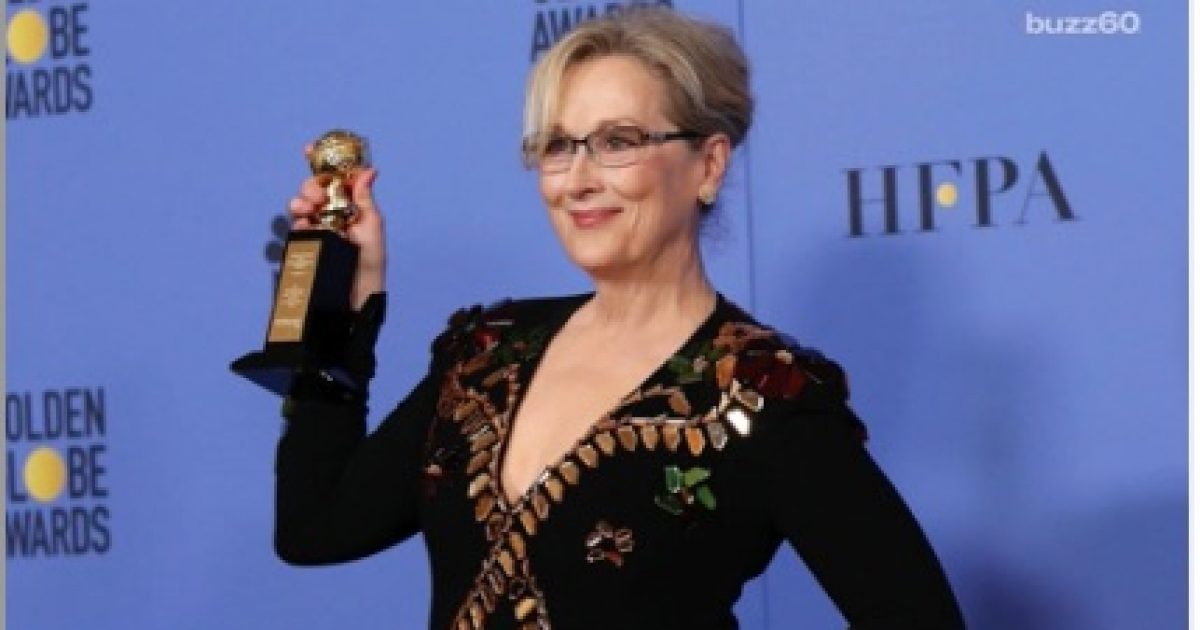 Hollywood is as unhinged as Democrats are over the pending Donald Trump presidency.

After winning the Cecil B. DeMille Award, Streep criticized President-elect Trump without directly mentioning his name.

Streep targeted Trump for his alleged mocking of a disabled NY Times reporter.

“It kind of broke my heart when I saw it, and I can’t get it out of my head, because it wasn’t in a movie. It was real life,” Streep said. “And this instinct, to humiliate, when it’s modeled by someone in the public platform, by someone powerful, it filters down into everybody’s life, because it kind of gives permission for other people to do the same thing.

“Disrespect invites disrespect. Violence incites violence. When the powerful use their position to bully others, we all lose,” she added. “We need the principled press to hold power to account, to call him on the carpet for every outrage.”

Streep was a big Hillary Clinton supporter so it’s not surprising she attacked Trump.

Streep expressed concern that Trump’s comments could insight others to make fun of others and even cause violence.

Streep also forgot the way left-wing propaganda claiming Trump is a racist likely contributed to the recent kidnapping and torture of a disabled man in Chicago by four blacks.